Harpreet Brar became an overnight sensation after bowling Punjab Kings to victory against RCB. He took 3/19 in his spell which included the wickets of Virat Kohli, Glenn Maxwell and AB De Villiers. His spell broke the backbone of the RCB chase who fell short by 34 runs in the end. Apart from Brar taking three wickets, Ravi Bishnoi took two wickets for Punjab Kings and Mohammed Shami one.

Who is Harpreet Brar?

Brar hails from Moga, also the birthplace of Indian Women T20I skipper Harmanpreet Kaur. Brar played age-group cricket and several club competitions in Punjab before he was picked by Kings XI Punjab in the 2019 IPL auction for his base price of INR 20 lakh at the age of 23.

In 2018, he appeared for two trials with Mumbai Indians but could not join the side. It was Gurkeerat Singh Mann wh then came to Brar’s rescue. He helped him represent a Mohali district team, where the left-arm spinner performed well and shone to success. He then made it big taking 56 wickets in the Under-23 CK Nayudu Trophy in just 11 games which included a six five-wicket hauls and best figures of 7 for 23. This handed a contract with Punjab Kings for IPL 2019. 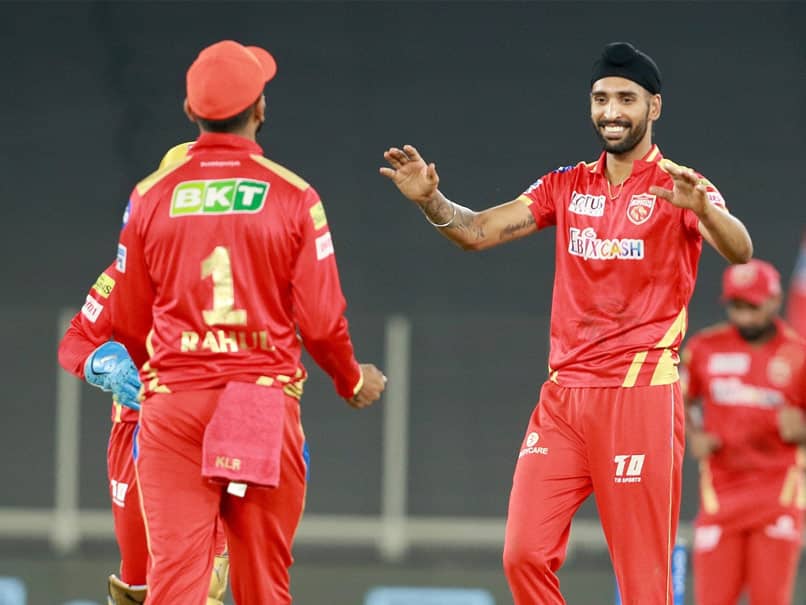 Brar made his Punjab Kings debut in 2019 against Delhi Capitals. In his first game, he scored an unbeaten 20 off 12, which included a six off a Kagiso Rabada. With the ball, he bowled a wicketless spell of 2 overs for 24 runs. He played the Syed Mushtaq Ali trophy later that year taking 14 and an economy rate of 6.89. Some of his wickets included Devdutt Padikkal, Dinesh Karthik, and Prithvi Shaw, among others. In IPL 2020 he played just one game for Punjab Kings against CSK which resulted in a loss for the side. He then played in Syed Mushtaq Ali 2021 taking seven wickets in the campaign.

The Magical Spell Against RCB

Brar took the opportunity with both hands against RCB. He bowled a spell of 3/19 dismissing Kohli, Maxwell and De Villiers in the process, turning the match on its head for Punjab Kings. His first 11 overs in the IPL starting from 2019 went for a wicketless 106 runs, and his next seven balls didn’t concede a single run while removing not one but three big fish.

“My first IPL wicket is Virat paaji’s wicket so I was very happy when I got that,” Brar said after receiving his Player-of-the-Match award at the presentation.