Team India registered a convincing win against West Indies in the third T20I on Tuesday to take a 2-1 lead in the five-match T20I series.  They will be high on confidence heading into the fourth T20I. However, skipper Rohit Sharma’s fitness for the match will be a cause of concern for Team India.

Rohit Sharma hurt his lower back while attempting a fierce shot on the on-side. He was in discomfort and had to leave the field after consulting the physio. The BCCI stated that the medical team was monitoring his injury. The Indian skipper did not have to come back on the field as India won the match comfortably.

Talking about his fitness post-match, Rohit Sharma expressed that he feels okay. However, he did not confirm his availability for the fourth T20I. “It’s okay at the moment. We’ve got a few days till the next game, hopefully, it should be okay (his injury),” he said.

Let’s take a look at three players who can lead Team India in the fourth T20I against West Indies if Rohit Sharma misses out.

Following his all-round exploits, Hardik Pandya earned a comeback to the Indian team for the T20I series against South Africa. He also led the Indian team this year against Ireland in a two-match T20I series. India whitewashed the opponents 2-0 in the series. The all-rounder is India’s vice-captain in the ongoing T20I series against West Indies. He is likely to lead India in the fourth T20I if Rohit Sharma misses out. 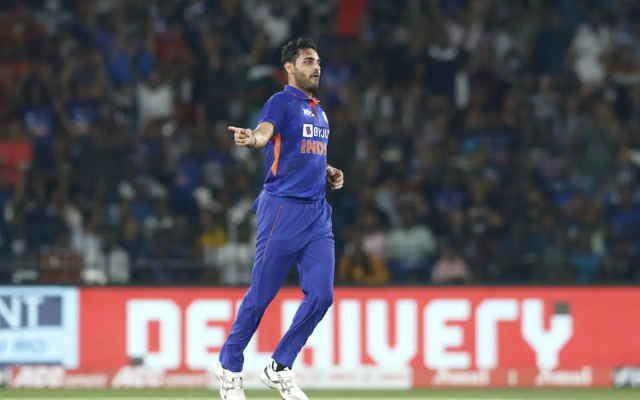 Bhuvneshwar Kumar is another candidate who can replace Rohit Sharma as the captain in the fourth T20I against West Indies. Though he does not have the experience of leading India at the international level, Bhuvneshwar is one of the senior players in Indian cricket at the moment. He was vice-captain of Team India last year against Sri Lanka.

The medium pacer has also led the Sunrisers Hyderabad in the Indian Premier League on a few occasions. Bhuvneshwar Kumar has picked 20 wickets in 15 innings in T20Is this year and is one of India’s lead pacers heading into the ICC T20 World Cup 2022.

Rishabh Pant remained unbeaten to take India home in the third T20I against West Indies. He slammed 33 runs off 26 deliveries, including three boundaries and a six during his stay at the crease. So far in the series, he has scored 71 runs in three innings, at an average of 35.50 and a strike rate of 142.00. Rishabh Pant has been a regular in India’s squad across formats.

The Indian wicket-keeper batter also has the experience of leading the Indian team. He was the stand-in captain in the absence of Rohit Sharma and KL Rahul for the T20I series against South Africa earlier this year. Pant has also led the Delhi Capitals in the last two editions of the IPL.

If Rohit Sharma misses out from the team for the fourth T20I against West Indies, Rishabh Pant will be a strong contender to take up the leadership role.