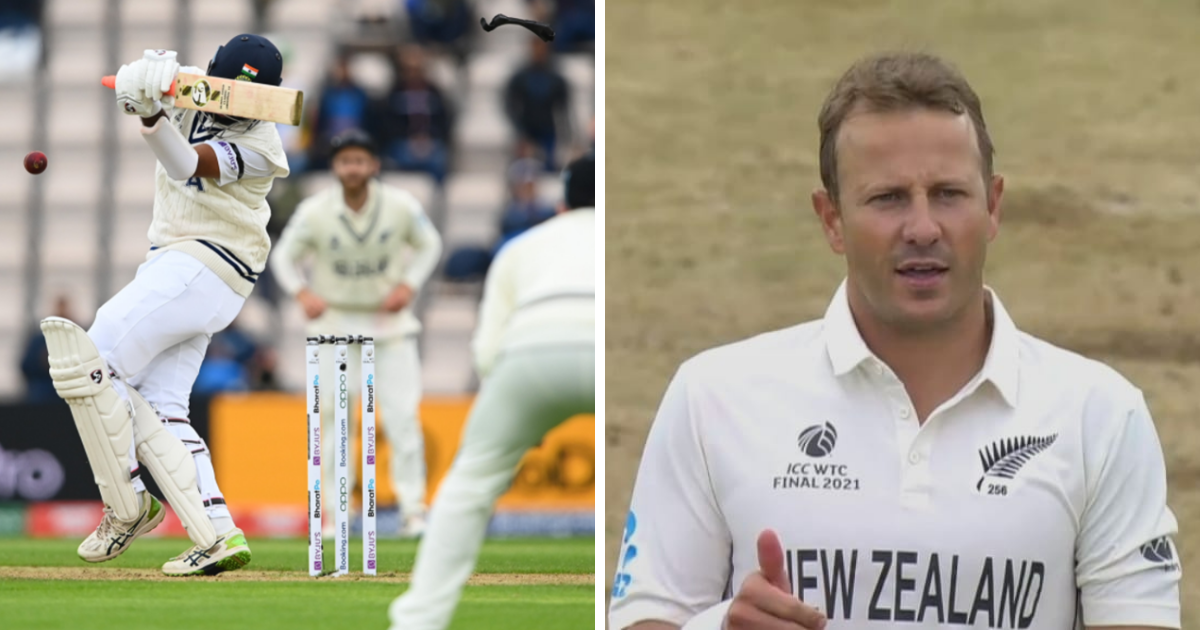 New Zealand pacer Neil Wagner, who’s typically known for dishing out high-effort nasty bouncers, produced one that knocked off the neck protection on Cheteshwar Pujara’s helmet in the second session of the ongoing World Test Championship final between India and New Zealand.

After Kane Williamson won the toss and opted to bowl first, the openers for India provided a strong start. Rohit Sharma and Shubman Gill, who’s playing his first Test in England, built a 50-run partnership that propelled India safely through the first hour of the day’s play.

However, a lapse in concentration following the drinks break saw New Zealand bounce back. Both the openers were sent back to the hut in the space of a couple of overs. Pujara, who came in at No.3, played a typical blockading innings and saw India safely through to lunch alongside skipper Kohli.

In the second session, Cheteshwar Pujara managed to get off the mark but was soon hammered on the helmet. Wagner, who was in his 7th over at the time, bowled a fiery bumper that was misjudged by Pujara. He was pretty late on the pull, and the ball zipped through to break the neck protection on the helmet.

Pujara was briefly fazed but following the mandatory concussion protocol, he declared that he was good to go. Wagner being the sportive person he is, checked in on Pujara and gave him a fist bump at the end.

Play on Day 2 has had a stop/start motion to it so far, because of the poor light in Southampton. After the latest development, India were 146/3 with skipper Virat Kohli sitting comfortably on 44* and his deputy Ajinkya Rahane, on 29*.

Rohit Sharma and Shubman Gill got India off to a fine start after Kane Williamson asked them to bat first. But New Zealand bounced back with a cluster of wickets before Kohli and Rahane bailed India out before bad light stopped play.