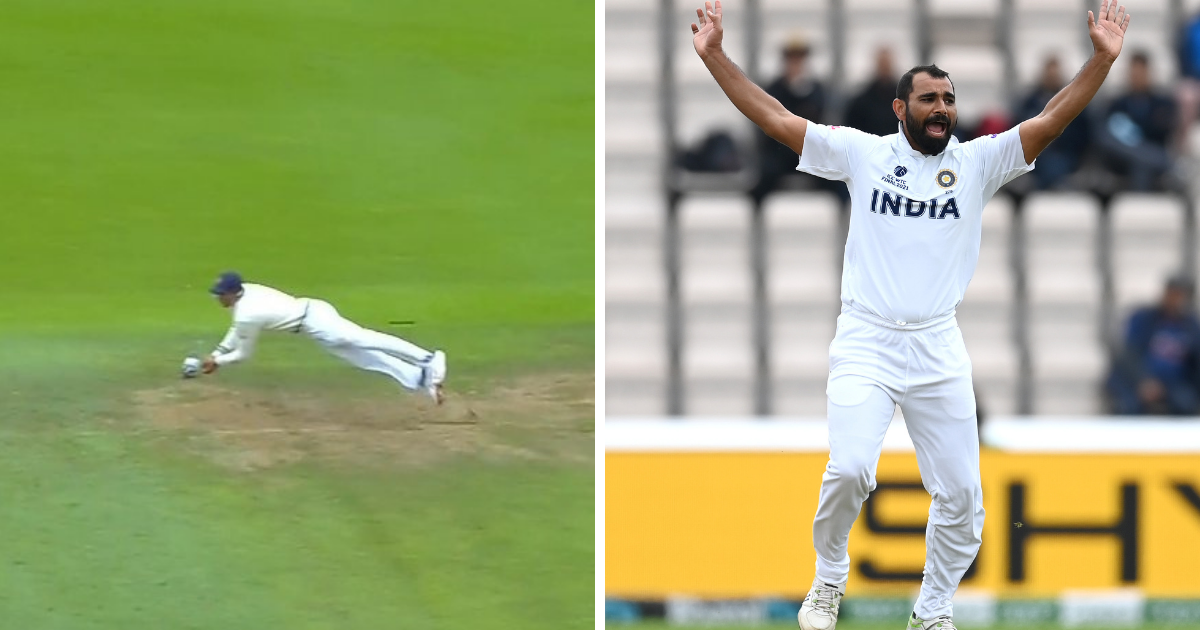 Team India have finally managed to break the door open thanks to a brilliant catch from Shubman Gill diving to his right to get the better of Ross Taylor. Virat Kohli & Co are back in the hunt and will look to sneak in a few more wickets in the opening session of day 5 of the WTC final in Southampton.

After a delayed start, Kohli went with Jasprit Bumrah and Ishant Sharma to start off the proceedings. But they hardly looked to pose any trouble to Kane Williamson and Ross Taylor. It was only about time Kohli hands over the ball to Mohammed Shami and the fast bowler immediately asked Kiwi batters some difficult questions.

Although he was a bit shorter to start off but soon adjusted his line and length that induced Ross Taylor to play a cover drive only to find Shubman Gill. Shami pitched it on the good length, drying out Taylor’s patience and forcing him to go hard with a cover drive only to realise that it was away from his body.

He tried to check his shot but failed to do Gill latched onto a stunning full-length dive at short cover. The Black Caps are tied at 117/3, still trailing by 100 runs.

With the tempo high, Indian pacers will look to pick a couple of more wickets to put New Zealand on the backfoot. They have been under the spotlight for failing to attract swing from the Southampton wicket where Kyle Jamieson made life of Indian batters difficult.

In a video on his YouTube channel, Aakash Chopra had a Q&A session with the fans where he responded to a question on Bhuvneshwar Kumar. He felt India is definitely missing the swing bowler from Uttar Pradesh.

“India is definitely missing Bhuvneshwar Kumar. He has three special aspects as well. Firstly, he does magic with the new ball. Secondly, he bowls the long spells. And the third thing is that he can bat as well. He could have done everything for Team India,” he said.