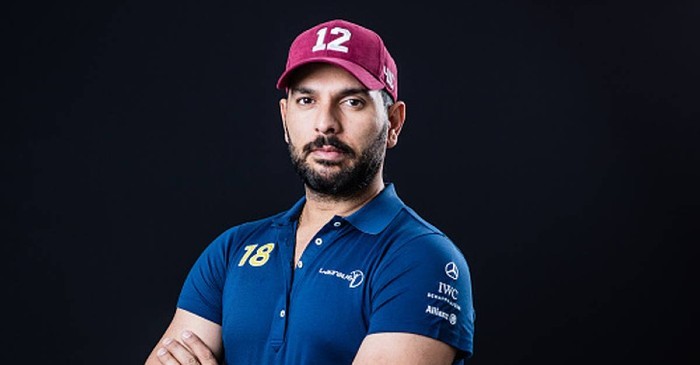 Post his retirement Yuvraj Singh has been very active on social media. he has been posting and replying to messages and has been even trolling his fellow Indian and international teammates. He was recently seen playing in the Road Safety World Series for the Indian Legends. India is celebrating the spirit and the festivities of Holi all across the country and Spanish football giants Real Madrid has wished their Indian fans on the occasion.

The football club apart from extending messages in English also shared a message on Hindi. Meanwhile, seeing that Yuvraj Singh was excited and hailed the club for doing so. 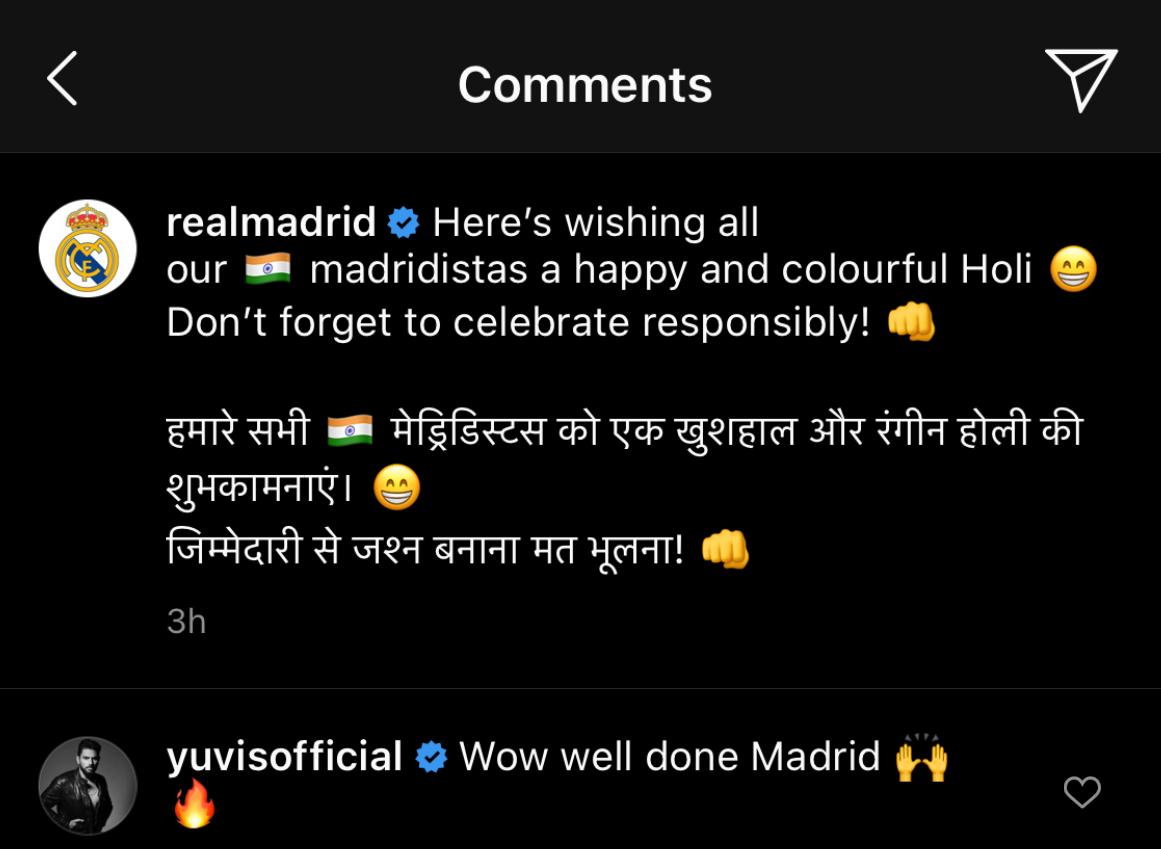 Yuvraj Singh scored 194 runs from seven games and in the process hit as many as 17 sixes. He had the best score of 60 in the final against Sri Lankan Legends. India ultimately won the game by 14 runs in a high-scoring encounter.

The tournament was played to spread awareness about road safety measures and featured some of the biggest names of cricket like Virender Sehwag, Sachin Tendulkar, Brian Lara, Kevin Pietersen, Sanath Jayasuriya, Tilakaratne Dilshan, Jonty Rhodes to name a few.

Meanwhile, Sachin Tendulkar and Yusuf Pathan have been affected by COVID-19 after the end of the tournament. Both reported having tested positive on March 27.