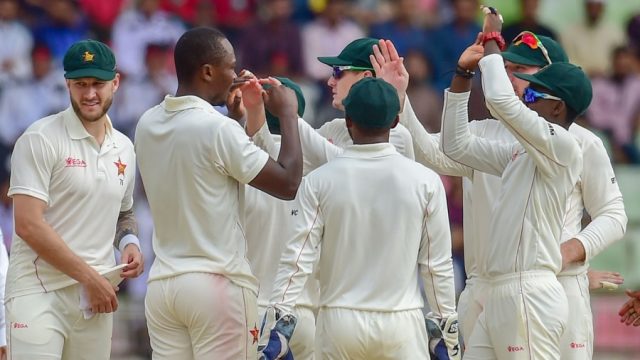 Zimbabwe will face off against Bangladesh at the Queens Sports Club, Bulawayo in a one-off Test starting on July 7. This will not be part of the World Test Championship cycle (2021-23) however. Although it looks like the teams are evenly matched on paper, Bangladesh might start off as favorites. The head-to-head record doesn’t give much away though. The teams have played 17 Tests against each other, with both having won seven each.

Hosts Zimbabwe will be led by skipper Sean Williams. He will have experienced campaigners Brendan Taylor, Craig Ervine and Donald Tiripano by his side. Although Zimbabwe had a disappointing Test series against Pakistan, they will hope to put up a better display in familiar conditions.

One thing to note, is that four uncapped players have been added to the squad. Chivanga Tanaka, Takudzwanashe Kaitano, Dion Myers, and Joylord Gumbie earned their call-ups to the squad.

Bangladesh on the other hand will be banking on established players to make the difference. Their talisman, Shakib Al Hasan will return to the Test squad. He previously skipped the tour of Sri Lanka to take part in the IPL. Although Mushfiqur Rahim was injured recently, coach Russell Domingo stated he’s likely to take part in the Test.

One big concern, however, is that opener Tamim Iqbal might miss the match owing to a knee injury. They will desperately hope he can recover in time.

The pitch will likely be a batting-friendly wicket. Although the cracks might open up as the day progress, the batsmen should have a field day. There will also be some assistance on the opening day for the pacers.

The last time a Test was played here, was way back in 2017 between Zimbabwe and West Indies. That match saw a decent amount of runs being put up, with the Windies eventually coming out on top by 117 runs.