83, directed by Kabir Khan, is one of the year’s most anticipated films. The film is about India’s historic World Cup victory in 1983. The 1983 World Cup final transformed Indian cricket’s history. It was India’s first triumph under Kapil Dev as captain when they defeated West Indies in the finals.

The film’s trailer was unveiled on November 30, and the film was released in theatres on December 24. The Indian cricket lovers couldn’t have relived the most iconic moment of Indian cricket history in a better manner. A fantastically made movie that immerses you in the events and the emotion of the World Cup in 1983. 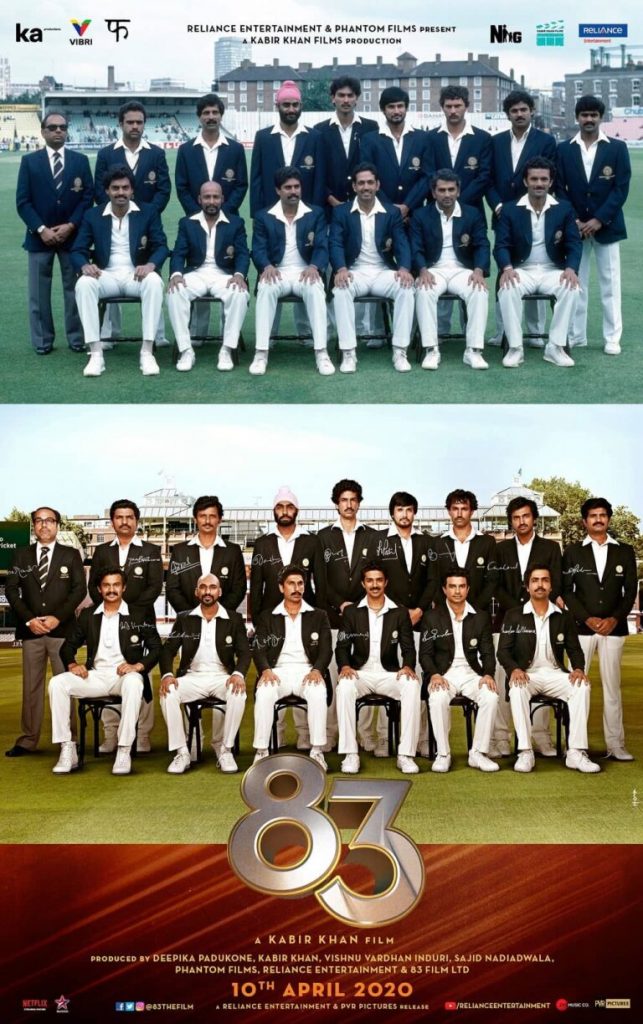 But it’s the cast of this film that grabs the most attention, as renowned filmmaker Kabir Khan casts actors from all around India to retain the film’s authenticity and resemblance to real-life events. 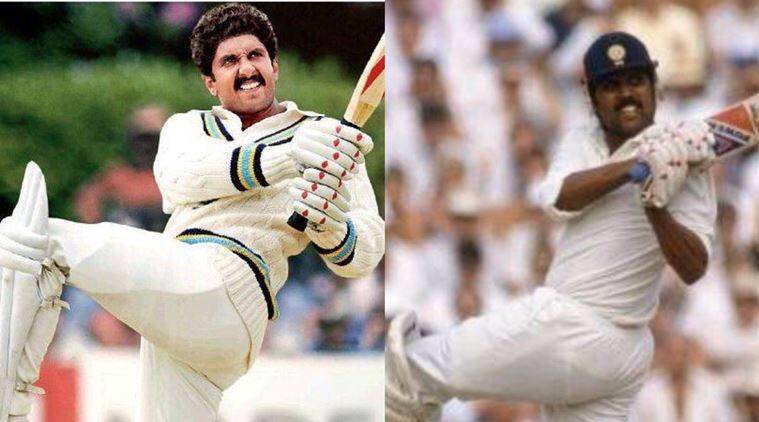 Ranveer Singh plays the role of the captain of the Indian cricket team at the 1983 World Cup. Kapil Dev Scored 303 Runs in 8 matches at an average of 60.60, including a best of 175* vs Zimbabwe from a time when team India were struggling with 17 runs for 5 wickets.

He also picked up 12 Wickets with the ball. His all-round performance played an instrumental role in India’s historic win. 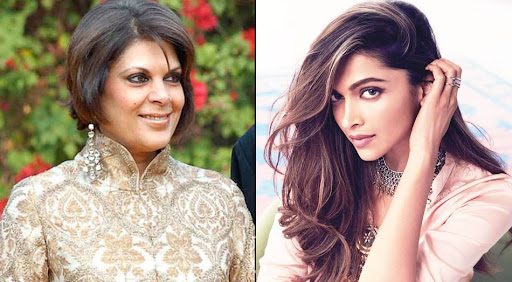 Deepika plays the role of Kapil Dev’s closest defender, his wife, Romi Bhatia, in the film. She plays a pivotal role in Kapil’s life as portrayed in the film. 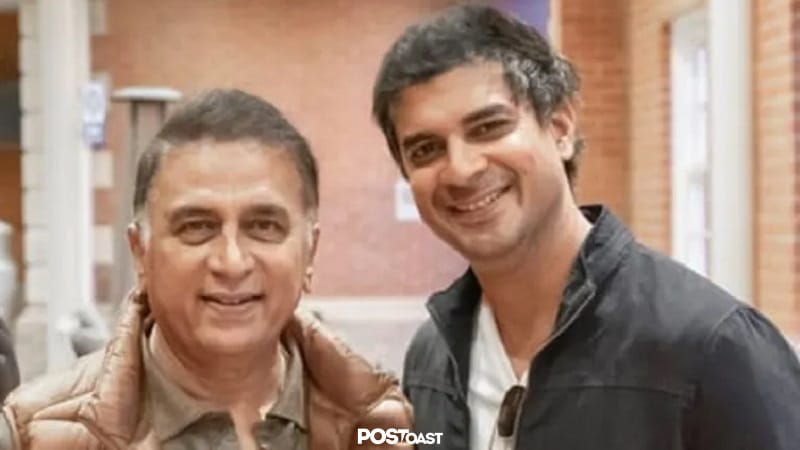 In this film, Tahir Raj Bhasin plays the character of Sunil Gavaskar. The legendary cricketer is known as one of the greatest batsmen in the history of the sport. Currently, he is one of the best commentators in the world. 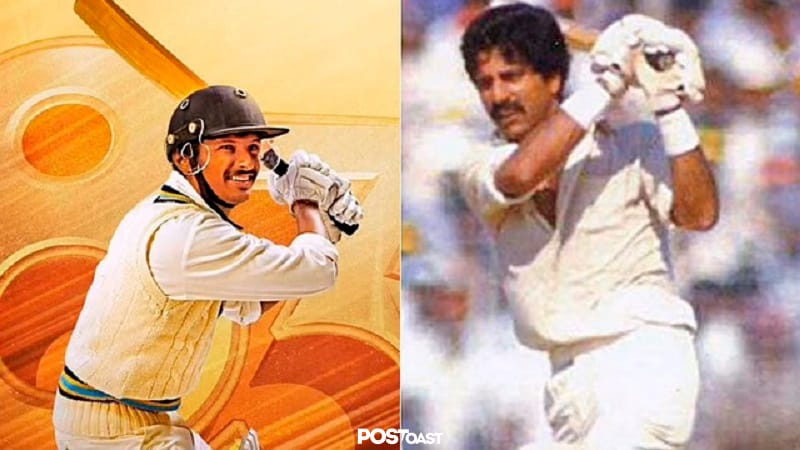 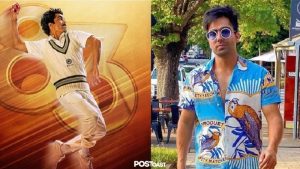 The singer Harrdy Sandhu portrays all-arounder Madan Lal’s character in the film 83. Madan Lal was the third-highest wicket-taker overall in the 1983 World Cup picking up 17 wickets 8 matches, including a 3 wicket haul in the final. 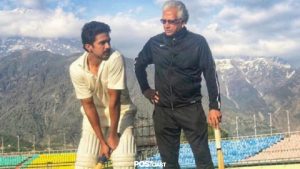 Saqib Saleem plays Mohinder Amarnath’s character in the film 83. The all-rounder scored 237 runs in 8 games while also picking 8 wickets with the ball.

He was named the ‘player of the match’ in the 1983 World Cup finals and semi-finals. Amarnath played a significant role in India’s historic win. 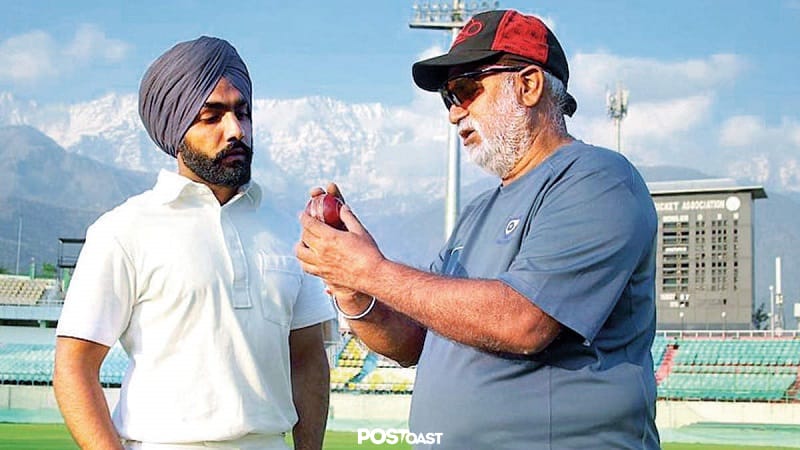 Punjabi musician Ammy Virk plays the role of cricketer Balvinder Sandhu, who was hit on the head by a bouncer while batting at No. 11 during the 1983 World Cup final.

Later, he clean bowled West Indies cricketer Gordon Greenidge. Sandhu picked up 8 wickets in as many matches in the tournament. 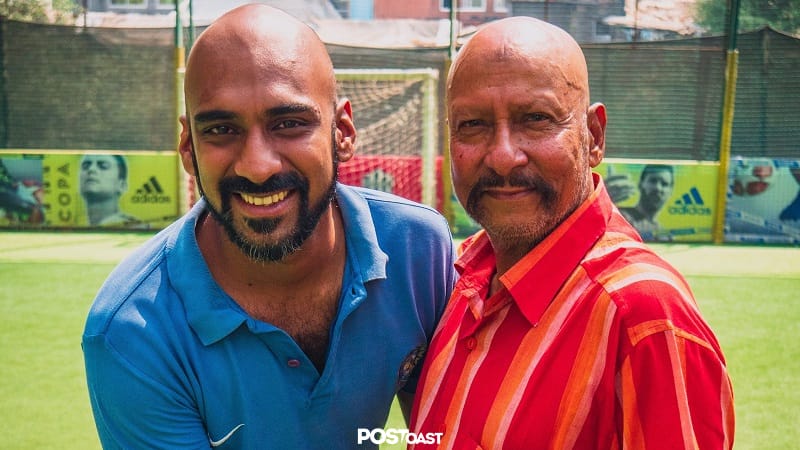 Renowned YouTuber Sahil Khattar portrays cricketer Syed Kirman’s character in the film 83. Meanwhile, it was because of his catch of Faoud Bacchus in the 1983 World Cup final, Kirman earned the title of the ‘best wicket-keeper’. 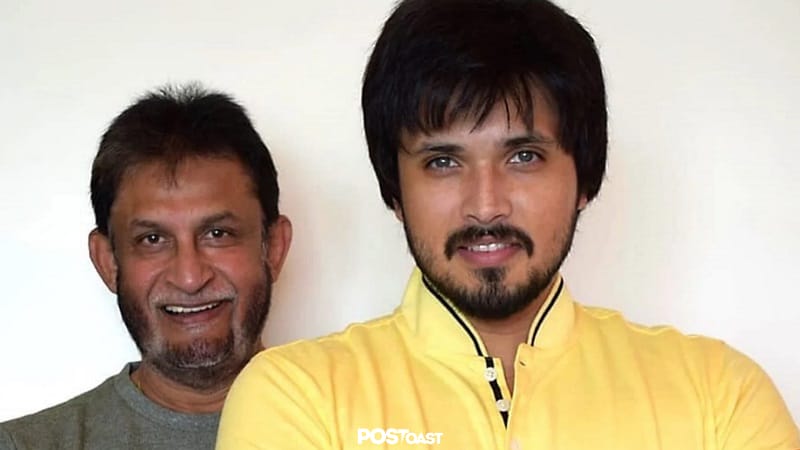 Chirag Patil has portrayed the character of his cricketer father, Sandeep Patil, who was also a part of the 1983 winning squad. 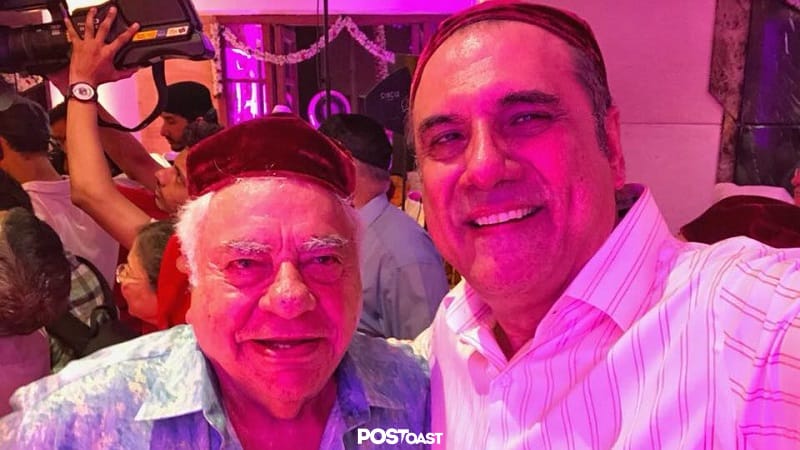 Boman Irani plays the role of Farokh Engineer, former Indian cricketer, and also the last player from the Parsi community who represented India on an international level. 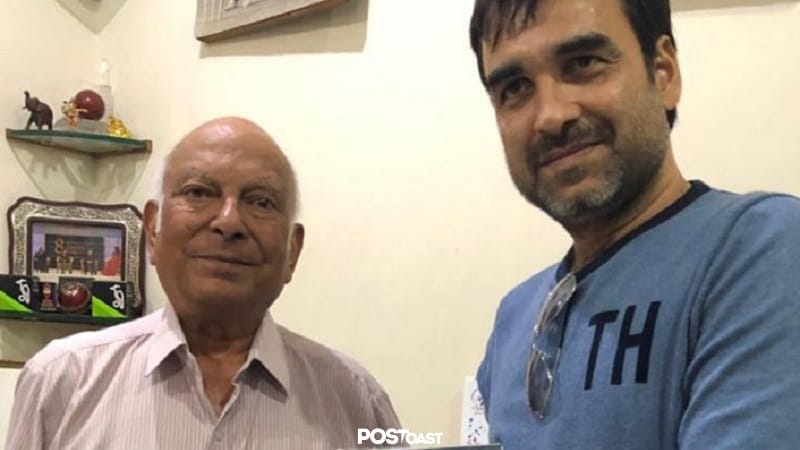 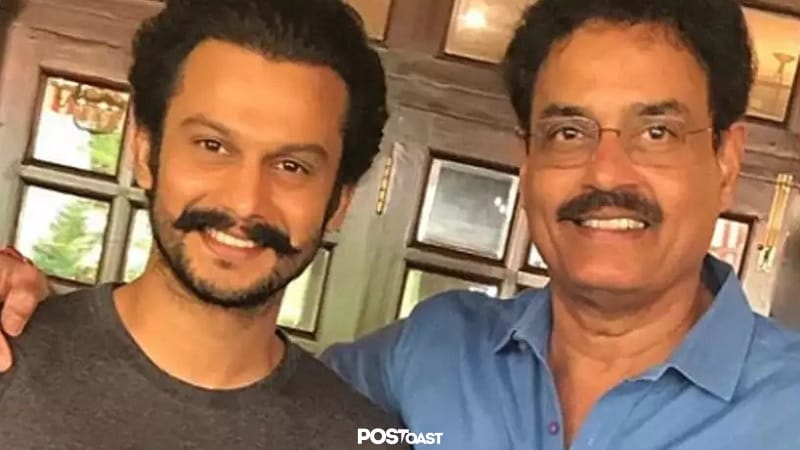 Adhinath Kothare, who is most known for his directorial debut movie, Paani, has played the role of cricketer Dilip Vengsarkar, also famously known as the “Colonel” in the cricket community. 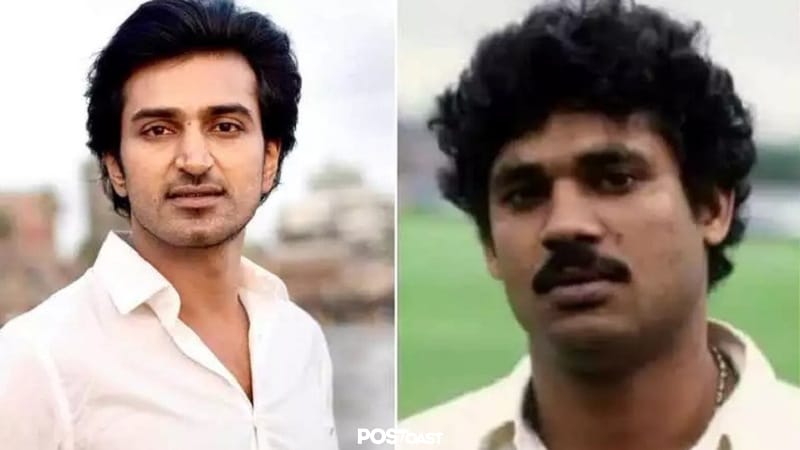 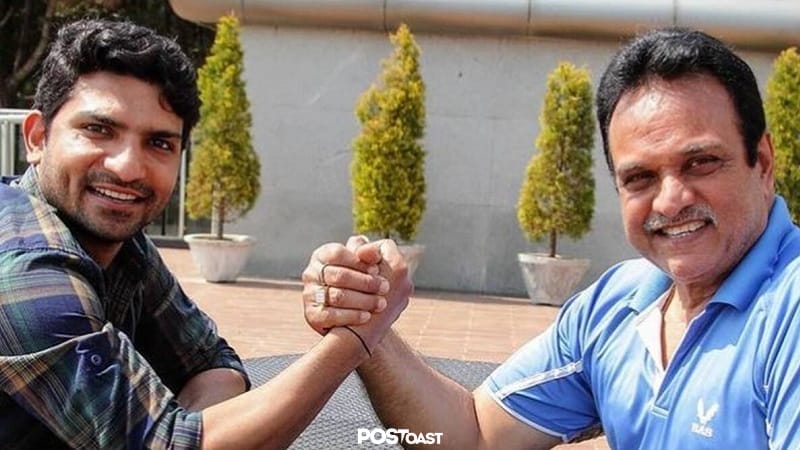 Jatin Sarna, a well-known actor from Sonchiriya, plays cricketer Yashpal Sharma, who was famously labeled as the ‘Crisis Man for India’ by Sunil Gavaskar for some of his vital innings during tough times. 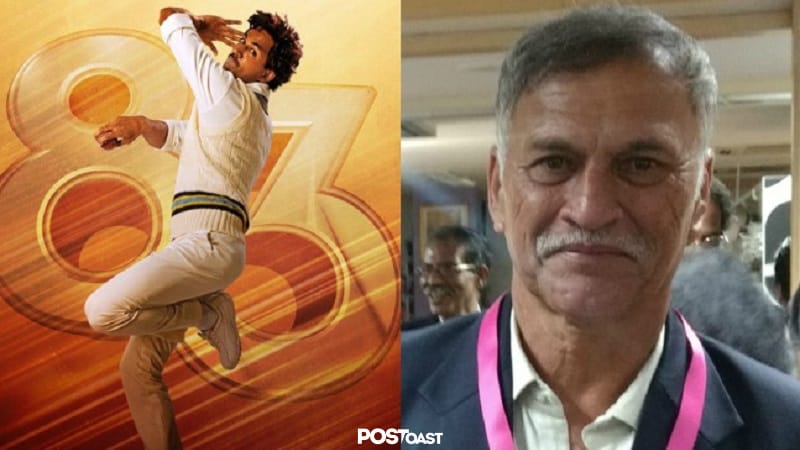 Nishant Dahiya has portrayed the former chief selector Roger Binny’s character in the film 83. An all-rounder during his playing days, Binny was most renowned for his unique bowling technique.

With 18 wickets under his belt in the 1983 World Cup, Roger Binny was the leading wicket-taker. 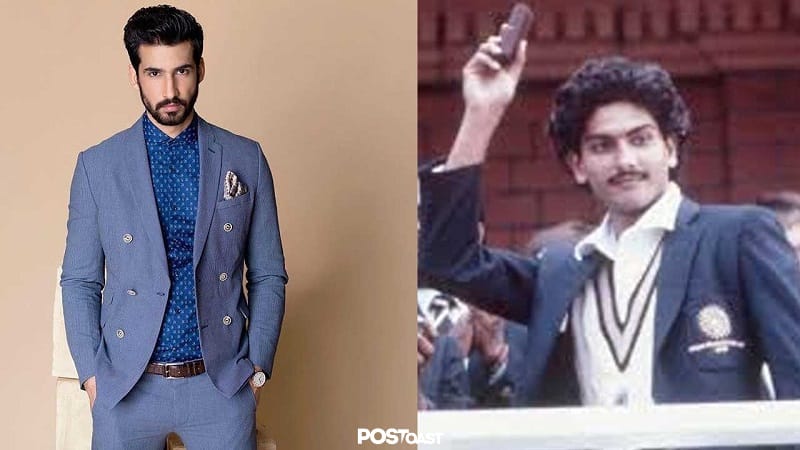 The tall and lanky all-rounder turned out to be India’s crucial member in the title-winning campaign. 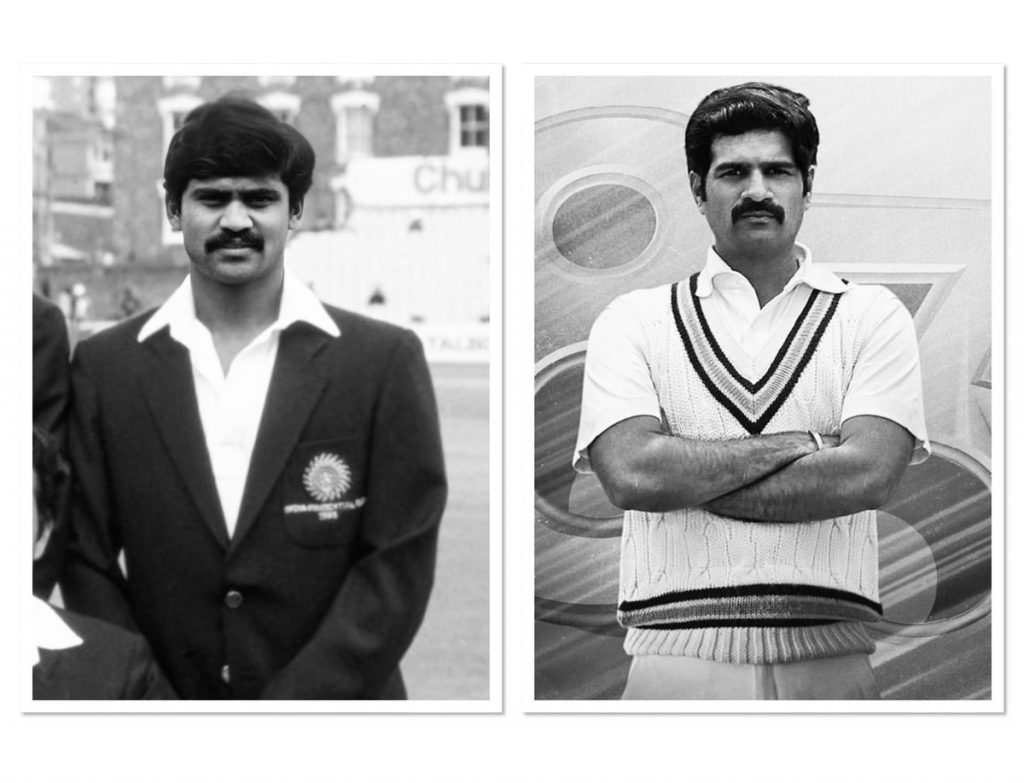 R Badree has played the role of cricketer Sunil Valson in the film 83. He was the only player in the squad to not play a single match in the 1983 World Cup. 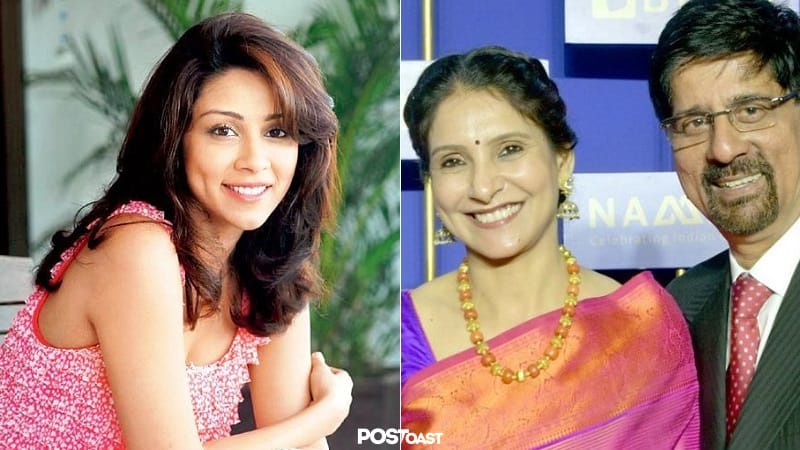 Amrita Puri plays the role of Vidya Srikkanth, wife of cricketer Krishnamachari Srikkanth in the film 83. 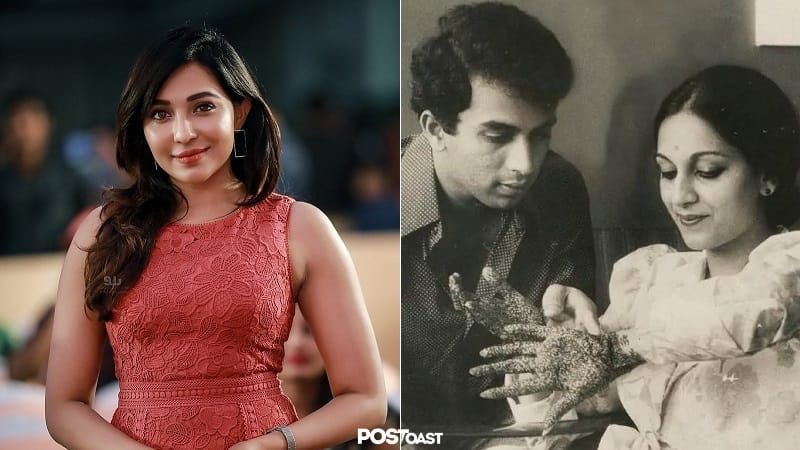 South Indian actress portrays the role of Mrs. Sunil Gavaskar in the movie 83. 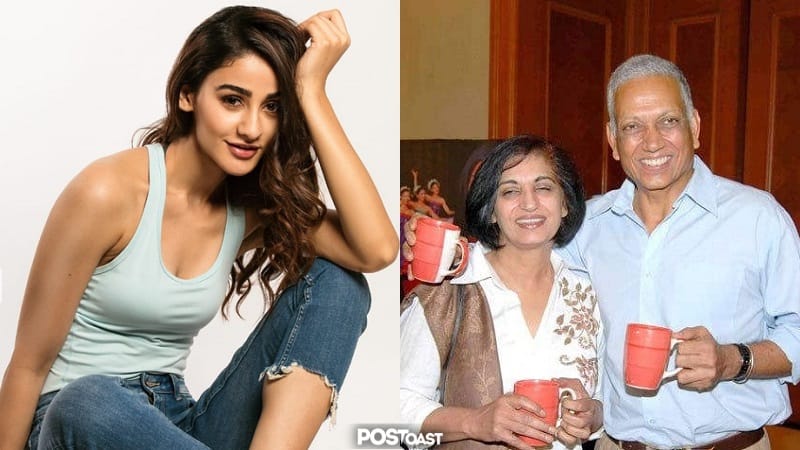 Aditi Arya has portrayed the role of Inderjit Bhardwaj, Mohinder Amarnath’s wife in the film 83.

Chamika Karunaratne Hospitalized After Getting Injured During LPL Game

“Kohli Seems To Be Struggling” – Danish Kaneria On Team India’s Batting Failures vs...

3 Things That Went Wrong For India In ODI Series Against...

Chamika Karunaratne Hospitalized After Getting Injured During LPL Game

“It’s A Matter Of Finding Confidence” – Sunil Gavaskar On Team...