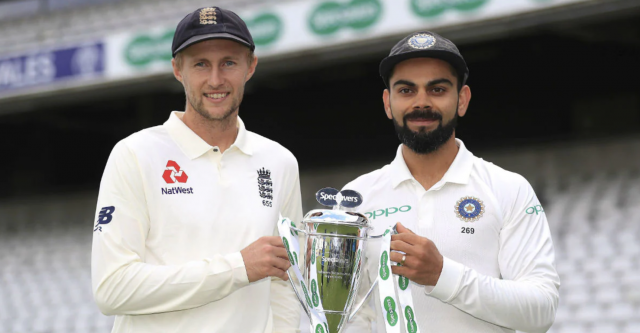 The Indian cricket team will play a five-test match series in England against the hosts starting from August 4. After India’s loss in the ICC World Test Championship final, the Indian team will be eager to get on the field and script a comeback.

The England vs India series holds even more importance, as the Indian team was thrashed 4-1 by the hosts in 2018, the last time they toured England.

England holds an edge over the Indian team head to head in Test matches, with 49 wins against India’s 30 wins. However, India has managed to pull off some spectacular wins over the years against the Britishers.

In this article, we will take a look at 5 of India’s iconic wins against England in Test matches:

India vs England, 1952 Chennai Test | India won by an innings and 8 runs

The Nigel Howard-led England cricket team toured India for five-match test series in 1951-1952. England won the fourth test match and took a 1-0 lead after the first three ended in a draw. The Chennai test was India’s first-ever victory against England in test cricket.

Nigel Howard won the toss and decided to bat first. Jack Robertson and Dick Spooner led England’s batting lineup in the first innings. Robertson scored 77 runs while Spooner contributed 66. But the brilliance of Vinoo Mankad, who took 8 wickets in the innings restricted England to 266. Pankaj Roy and Polly Umrigar stood tall for India as they scored 111 and 130* respectively. India declared the innings at 457/9, with a lead of 191 runs.

Except, Jack Robertson and Allan Watkins, the rest of the English batting line-up struggled to counter the likes of Ghulam Ahmed and Vinoo Mankad. The duo picked four wickets each to bowl England out for 183 and hand India its first-ever test victory against England.

India vs England, Chennai test was the fifth and the final Test of England’s tour of India 2016. England made a fine start to the tour after drawing the first test match at Rajkot. But lost their way from the second test. Before the start of the Chennai Test, England was already down 3-1 and had lost the series. The Chennai test saw India’s biggest victory margin against England in Test cricket.

After winning the toss, England opted and put up 477 runs in the first innings. Moeen Ali and Joe Root showcased a brilliant batting performance as they scored 146 and 88 respectively. England’s lower middle order – Liam Dawson and Adil Rashid also chipped in with valuable 60s down the order. In reply, India declared the innings at a mammoth 759 at the loss of seven wickets.

India’s openers, KL Rahul and Parthiv Patel got them off to a great start. But as luck would have it, KL Rahul was dismissed just one short of a double century. However, the other Karnataka batsman, Karun Nair made up for it by scoring his first triple century in test cricket. The middle-order batsman scored 303 in just 381 balls at a staggering strike rate of 79.52.

India declared the innings at a lead of 282 runs and just over a day left in the match. England got par 100 with no wickets down. Just as things started to look good for England, Alastair Cook flapped his bat and edged the ball to the leg slip against Jadeja. England could not recover from the Cook’s loss and collapse from 103/1 to 207 all-out.

All-rounder Ravindra Jadeja was the best of India’s bowlers as he picked 7/48. Triple centurion Karun Nair was awarded the Player of the Match award. 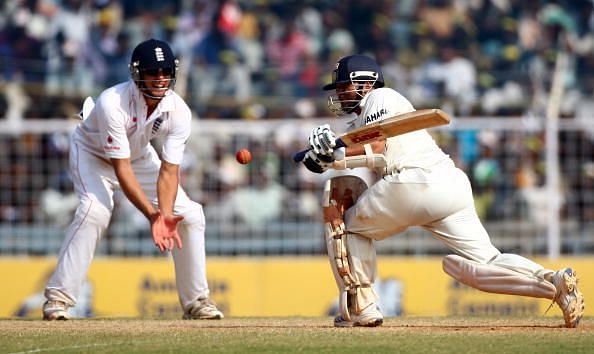 Chennai has been a happy hunting ground for India, with six wins against England in Test cricket. In 2008, after the 26/11 attack in Mumbai, the England team was touring India for a Test series. Chennai hosted the first test of the two-match test series.

England won the toss and elected to bat first. Openers Alastair Cook and Andrew Strauss got them off to a phenomenal start. Strauss scored a century, 123 runs in 233 balls. Wicket-keeper batsman Matt Prior’s 53* lower down the order helped England get to 316 in the first innings.

In reply, India handed England a 75 runs lead at they got bowled out for 241. MS Dhoni was the top scorer with 53 runs.

England then declared their second innings on 311/9d. Andrew Strauss and Paul Collingwood scored hundred’s – Twin Hundred for Strauss in the match. Zaheer Khan and Ishant Sharma picked three wickets each. 387 was the target for India in the fourth innings. Virendra Sehwag set the stage on fire with 83 off just 68 deliveries.

This knock was followed by a masterclass from the master blaster himself. Sachin scored 103 in 196 balls to take his team home. India won the match by 6 wickets.

The 2014 Lord’s test match has been etched in the history books as one of India’s greatest test victories overseas. A collective performance from the Indian side saw India win its first test at Lord’s in 28 years.

After the first Test ended in a draw, India and England reached Lord’s to play the second Test. Alastair Cook won the toss and asked the visitors to bat first on a lush green wicket. India lost both their openers in quick succession. James Anderson dismissed the big fish Virat Kohli and left India reeling at 86/3.

In walked Ajinkya Rahane, who was playing his first test series in England. Wickets kept falling, but Rahane had different plans. He stitched together a partnership with Bhuvneshwar Kumar to steady the India batting line-up. Rahane got to his second test century while Bhuvaneshwar scored a vital 36. India got bowled out for 295.

In reply, England managed to take a 24 run lead. Bhuvneshwar Kumar again spilled magic but this time with the ball in his hand. He picked up 6 wickets to restrict England at 319. In the second innings, Murali Vijay top-scored with 95 runs, a knock that deserves more credit than it has. But Ravindra Jadeja stole the show with 68 in just 57 balls.

India set England a target of 319 to chase in the fourth innings. At 173/5 it seemed that England was cruising through, but Ishant Sharma’s 7-wicket haul scripted a historic win for India at the Lord’s.

The Ajit Wadekar-led Indian team toured England in 1971 for a three-match test series. They were coming on the back of a series win against the mighty West Indies. The third and final Test at Oval witnessed India’s first-ever Test match and series win in England.

After choosing to bat first, the England team put on 355 runs. Wicket-keeper batsman Alan Knott missed out on a hundred as Solkar caught and bowled him for 90. John Jameson and Richard Hutton also contributed 82 and 81 respectively. In India’s first innings, several batsmen chipped in with the 40s and 50s but couldn’t reach close to the three-figure mark. India managed 284 runs.

Ray Illingworth picked up a five-wicket haul and handed England a 71 run lead. But in the second innings’s the English batsmen couldn’t stand Bhagwat Chandrashekhar’s brilliance, as he picked 6 wickets and bowl England out for just 101, setting India a target of 173.

The Indian team was dealt with an early blow as Sunil Gavaskar walked back to the pavilion with just 2 runs on the board. But skipper Ajit Wadekar and Dilip Sardesai got together to take India past 70.

Ajit Wadekar ran himself out for 45 while taking a single. However, Farokh Engineer and Syed Abid Ali took helped India achieve the target comfortably. The Asian Giants not only won the Test match and the series but also ended England’s winning streak of 24 Test matches.