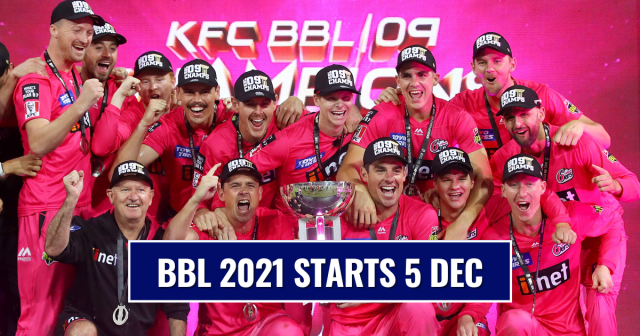 Australia’s Big Bash League (BBL) is one of the nation’s most eagerly awaited events. Onlookers at cricket matches are glued to their seats due to the high level of competition and excitement this event generates.

Since his Test debut, Marsh has become a regular selection for Australia in all three formats when at full fitness. His ability to hold his own with both bat and ball has been shown to give Australia an edge in close games, such as when he scored his maiden international century against India in an ODI in 2016.

His recent performance in the T20 Worldcup has been awesome and was a key player of the winning Australian team.

Down the order, Rashid also can bat. The skillful leg-spinner has starred in short-form tournaments across the globe showcasing his unpredictable wrong’un and trademark airplane celebration and has taken the BBL by storm in his first two seasons as a Striker.

As an outfielder, expect some moments of magic that might make it into the final highlights reel of BBL 2022. An impact player, Rashid Khan in simple words is a multi-dimensional player.

Many of the innovative shots in modern-day cricket owe their origins to Glenn Maxwell. Maxwell’s destructive batting technique resurfaced in his side’s triumphant 2015 ODI World Cup campaign when he smashed a 51-ball ton against Sri Lanka at the SCG – the quickest for Australia in ODIs and the second-quickest in World Cup history.

A crowd-favorite in the Big Bash League, the veteran has captained the Melbourne Stars to the finals in two successive seasons. Melbourne Stars captain Glenn Maxwell has finished in the top four in the BBL Player of the Year award conducted by Cricket Australia. He also took 7 wickets during the last tournament.

His recent performance in the Indian Premier League has been very entertaining and many companies including some of the best betting sites have been vouching for him. Also, when you talk about big bash betting online odds, many odds have been in his favor.

A leg spinner with a run-up and action resembling that of Shane Warne, Adam Zampa emerged in Australia’s ODI and T20 squads in 2016 after a successful summer for South Australia and the Melbourne Stars.

Adam Zampa has been integral to Australia’s run to the final of the World T20 tournament, taking 12 wickets at an average of 10.91 in six matches and Sachin Tendulkar said that the swift changes he makes based on the batsman’s movements are the mark of the spinner being in good form.

Matthew Wade, the left-handed Australia batter who played a vital role in his team’s T20 World Cup semi-final win. He is the son of former Hawthorn player Scott Wade and cousin of Melbourne AFL player Jeremy Howe, Matthew Wade was also a talented footballer growing up in Tasmania before he moved to Victoria to further his cricket career.

He made 83 and took six catches on his first-class debut in 2007 and scored a crucial 96 to guide the Bushrangers to victory in the 2009-10 Sheffield Shield final. He scored 677 runs that season and another 553 the following summer to earn an international Twenty20 call-up before he made his Test debut in the West Indies in 2012 after Brad Haddin returned home due to personal reasons.