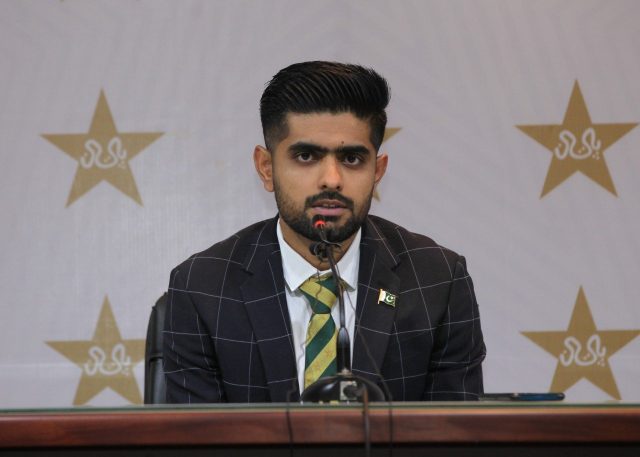 Pakistan Skipper Babar Azam has responded to the criticism thrown at the Pakistan team by former cricketer Shoaib Akhtar. He said that all the Pakistan players are giving their 100 per cent on the field.

“I think he [Shoaib Akhtar] doesn’t think so, but all the players are giving their 100 per cent everywhere. I think you should ask him who a star is and who isn’t. I can’t argue or give comments on this,” Azam was quoted as saying by Cricket Pakistan.

Pakistan lost the one-day international series 3-0 to England. Reflecting on the team’s performance Babar said, “In the first two matches, our batting let us down. We lost early wickets in the first ten overs. We didn’t have momentum because of that. I have said it before as well that we lost the match today because of bowling and fielding.”

After Pakistan’s lacklustre performance against England, Shoaib Akhtar launched a no holds barred attack on the Pakistan team. The former pacer labelled the teams’ performance as “shameful”

“It’s a shameful performance. Our board is average. It brings average people, the management is average so obviously, they are going to build an average team. You can’t expect extraordinary things from average people. It’s wrong for you to expect,” Akhtar said in a video on his Youtube channel.

Shoaib Akhtar also stated that such performances are the reason why the fan following of the Pakistan team doesn’t grow. “Crowd is coming to the ground but after watching such performances, the fan following will never grow. There is no star to inspire the youngsters. Then how can you bring the next Shoaib Akhtar, Shahid Afridi or Wasim Akram? You have to build brand.”