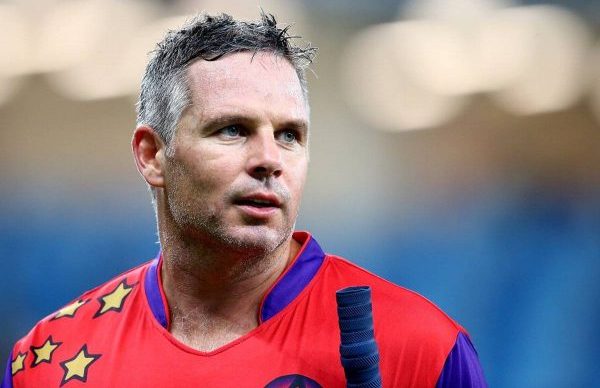 Brad Hodge has responded to the England and Aussie players still playing in the IPL despite the COVID surge. The IPL 2021 staged in India between the COVID-19 scare has became a subject of debate overnight. As per latest reports, over 300000 cases on 27th April 2021, and the country is going through a grim situation right now. However, on the other had, several Australian cricketers like Kane Richardson, Adam Zampa amongst others have decided to return from the season midway. Indian spinner Ravichandran Ashwin has also left the IPL midway to be with his family. Meanwhile,

Meanwhile, due to the Covid-19 scare, the England and Australian teams had earlier not played against South Africa. But, they are now plying their trade in the 2021 edition of the IPL. A user by the name of Ian Higgins pointed out the same on Twitter on 27th April 2021.

“Remember when Australia and England binned their tours of South Africa because of COVID concerns? 330,000 cases in India today. Looking forward to Delhi v Bangalore in the IPL tonight” tweeted Higgins on April 27, on the day of RCB vs DC encounter.

Remember when Australia and England binned their tours of South Africa because of COVID concerns? 330,000 cases in India today. Looking forward to Delhi v Bangalore in the IPL tonight!! 👍👍

Interestingly, his tweet got a response from former Australian cricketer Brad Hodge. He wrote“Cash Is King” in response to Higgins’ tweet.

Brad Hodge has featured in as many as 66 matches in the IPL. The 46-year-old featured in the IPL from 2008 to 2014 and scored 1400 runs in his IPL career. He experienced his most fruitful season in the 2009 edition of the IPL, where he scored 365 runs at an average of 40.56. Hodge also managed to score 3 half-centuries during the 2nd edition of the IPL.