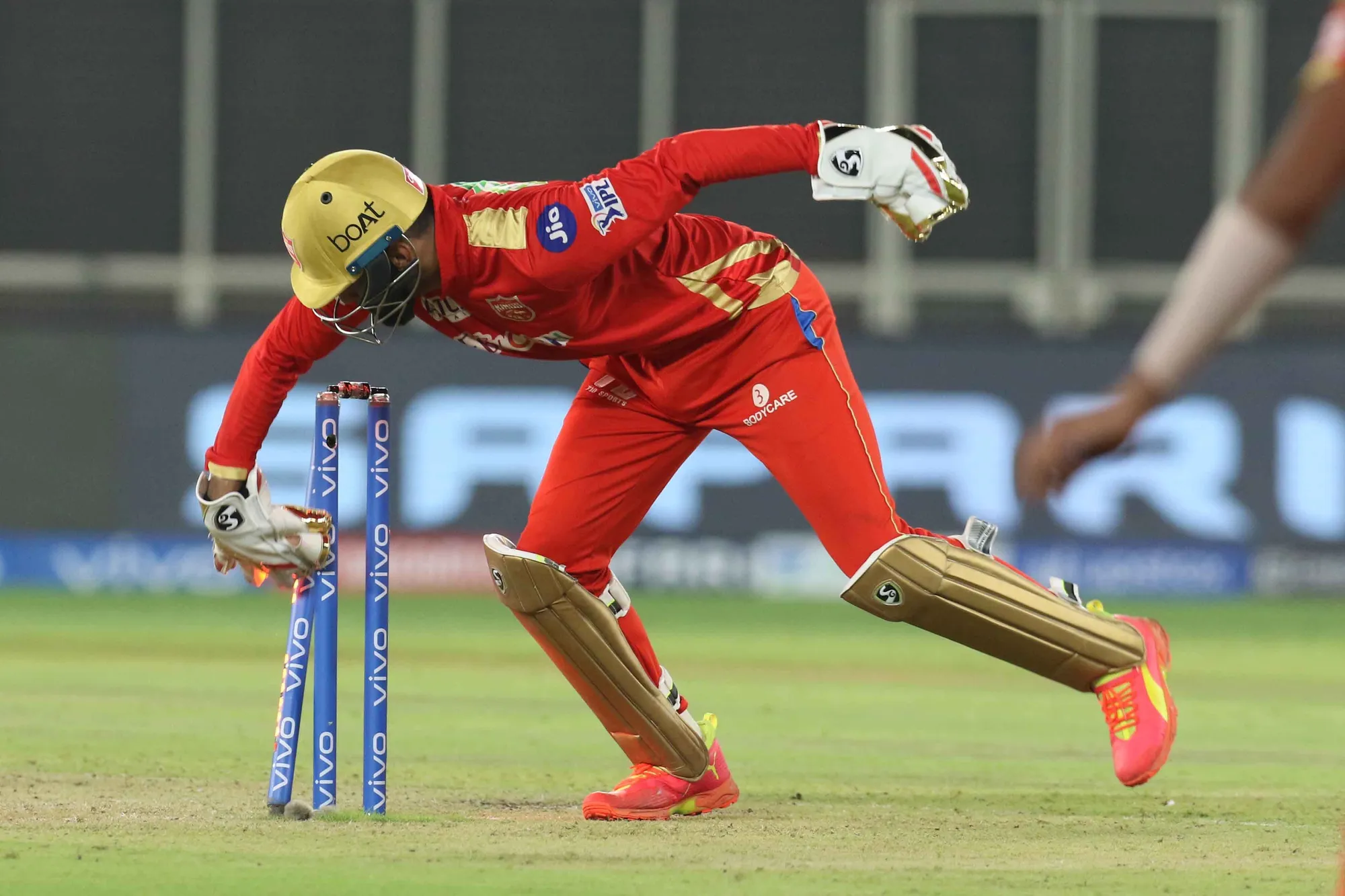 Looking to finish the game early for Kolkata Knight Riders Andre Russell was run out for 10 by Punjab Kings pacer Arshdeep Singh. Kolkata are chasing 124 to win against Punjab in their first game in Ahmedabad. KKR are inching closer to victory. This will be their second in six games.

Andre Russell was sent into finish the job early for KKR. He was greeted with back to back Mohammed Shami which he successfully kept out. He then scored two fours from his under edge which went through the fine leg area.

Very much against the run of play, KKR lost the wicket of Andre Russell. Trying to steal a quick single from the inside the circle Arshdeep Singh hit the wickets directly as the KKR all-rounder was found short. It was his call to charge across after Morgan edged a googly. Arshdeep is sharply onto it and some clever work from KL Rahul helped to complete the process.

Watch: Andre Russell Gets Run Out By Arshdeep Singh

Meanwhile, KKR have won their second game of IPL 2021 with five wickets and more than three overs to spare. Dinesh Karthik hit the winning runs as skipper Eoin Morgan was unbeaten on 47. Rahul Tripathi scored a crucial 40 and added 66 runs with Morgan after the side was reduced to 17 for 3 inside the first three overs.

Earlier in the game, the KKR bowlers came up with a brilliant performance to limit Punjab Kings to 123/9 in their 20 overs. Prasidh Krishna took three wickets as Sunil Narine and Pat Cummins took two each. Shivam Mavi took a wicket as well. This win takes KKR to the fifth position in the points table.

KKR won their first game at a new venue. They play Delhi Capitals twice and RCB once again at this venue before they move down to Banglore for their final five games.