Sri Lankan bowler Chamika Karunaratne has revealed the advice he received from Hardik Pandya. Chamika considers Hardik to be his role model. So he was desperately wanting a bat from the Indian all-rounder.

In a post-match conversation after the game, Karunaratne divulged that Suryakumar Yadav helped him to get in touch with Hardik. The Lankan bowler is a reserved person so he was hesitating to talk to the younger Pandya brother.

Chamika Karunarathne; The Gem of the series.

“Yes, I love him(Pandya). Suryakumar Yadav was the one who helped me with that. I just went and asked him, I’d like to talk to Hardik Pandya and I’d love to take a bat from him. And he said just go for it, he will definitely give you. And when he told me, I said No no, and he was like, ask for it, and Yadav said to Hardik in Hindi that he is asking for a bat,” Chamika explained.

Hardik later got into a conversation with Chamika before fulfilling the latter’s wishes. The series was played in good spirits throughout. An example of that is when Shikhar Dhawan was seen giving advice to the Lankan players after the third T20I.

“Pandya asked me the first time you want a bat. I said no the first time, then after that he asked me again you want a bat, and I was like, yes please. He gave me the bat, and he is a very nice human being. I think he was a role model for me and I am thanking him again for giving me a lovely bat, to be honest,” the elated Lankan told.

“Hardik asked me to be disciplined” – Chamika Karunaratne 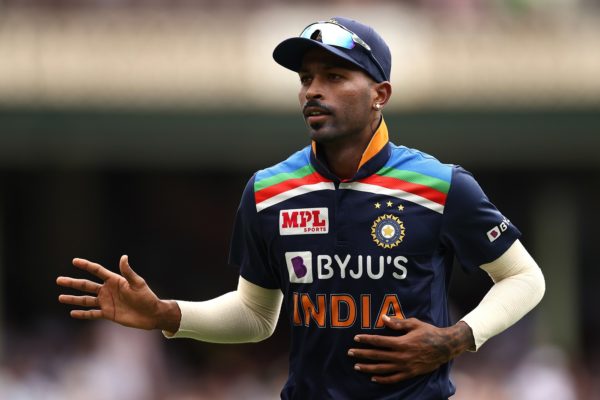 The Lankan continued to lavish praise on the Baroda all-rounder. While mentioning how Hardik Pandya inspired him to take up fitness seriously, Chamika Karunaratne said:

“Pandya talked to me and messaged me saying play the game and be disciplined. Day by day improve yourself and play the game the way you are playing. He told me so many things. He was a role model for me because six to eight months ago I had a really hard time and I was looking at his Instagram pictures and videos and the way he is training.”