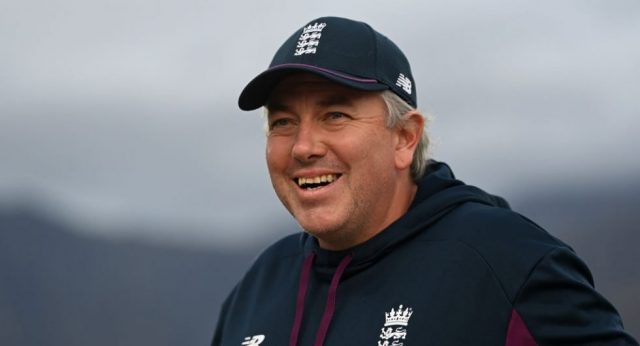 England have sacked head coach Chris Silverwood one day after managing director of England men’s cricket Ashley Giles left the office after a horrendous show in the Ashes 2021-22. Joe Root & Co failed to produce any resistance as they went down 0-4 in the five-match series.

Andrew Strauss, the new interim director of cricket, will appoint a caretaker coach with a Test tour of the West Indies imminent.

“In the coming days Andrew Strauss will appoint a caretaker coach for the tour of the West Indies and will then consider the appropriate coaching structures to help England move forwards,” ECB Ceo Tom Harrison said.

Harrison thanked Silverwood for his commitment during his tenure at the helm. England reached new heights under the former coach.

“During his time in the role Chris has given absolutely everything to make a success of it. He is a man of great integrity, who players and staff alike have enjoyed working with. Under Chris, England Men’s white-ball teams have been ranked first and second in the world while he also led the Test team to a number of series wins including away in South Africa and Sri Lanka,” Harrison said.

“He has led the England Men’s team with great resilience and empathy through an incredibly challenging period for English cricket, and he deserves our sincere thanks and gratitude,” he added.

Departing coach Chris Silverwood joined England’s coaching setup as the bowling coach in January 2018 after having led Essex to the County Championship the previous summer. He then succeeded Trevor Bayliss as the head coach following the summer of 2019 in which England won the World Cup.

“The last two years have been very demanding but I have really enjoyed my time with the team and working with Rooty and Morgs, and I am very proud of this group considering the challenges,” Silverwood said.

“I leave with fond memories and I am now looking forward to spending some quality time at home with my family and embracing the next chapter. It’s been an absolute honour to be England Head Coach, and I’m extremely proud to have worked alongside our players and staff. I want to thank them all for the hard work and commitment they have given during my time in the role and I wish them all the very best moving forward,” he added.