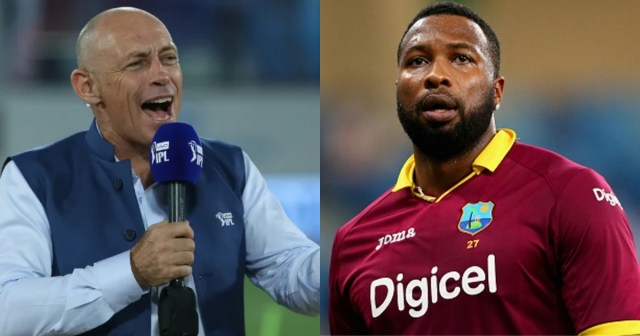 Danny Morrison is a well-known name among cricket pundits. He has featured in a number of T20 competitions around the world. Morrison has a dedicated fan following in many leagues like the India Premier League (IPL), Pakistan Super League (PSL) and the Caribbean Premier League.

Danny is loved for his uncanny sense of humour while commentating. He even gained the moniker “Dr Dannny” for his unique and outlandish style on camera. While commentating in the IPL, he is affectionately referred to as Dr Danny by co-commentators and players.

Meanwhile in a recent conversation with Sportskeeda, when asked about an overrated player from the current generation, Danny picked Trinidadian cricketer Kieron Pollard. Pollard’s lacklustre and inconsistent batting performance in the T20 World Cup 2021 may have influenced Danny’s response.

However, it should be noted that Pollard was selected as the fourth retention by IPL’s most successful franchise, Mumbai Indians ahead of the mega-auctions.

Would love to play in yellow jersey- Danny Morrison

Danny also revealed that his favourite team in the IPL is Royal Challengers Bangalore (RCB). The 55-year old mentioned that he likes everything about the Bangalore franchise. Danny also called the franchise ‘unlucky’ for not winning any IPL trophy so far despite having great players like Chris Gayle, Virat Kohli and AB De Villiers.

On the other hand, when Danny was asked to choose a franchise for which he would like to play, he picked MS Dhoni’s Chennai Super Kings (CSK). Danny said that he would love to play in the yellow jersey.

Danny Morrison was also given the task of selecting a bowler from the current generation whom he enjoys watching. The Kiwi straightaway gave the name of Indian fast bowler Jasprit Bumrah. He lauded Bumrah for his uniqueness and the pace which he generates. Danny also added that he likes the left arm pacer from Pakistan, Shaheen Shah Afridi.