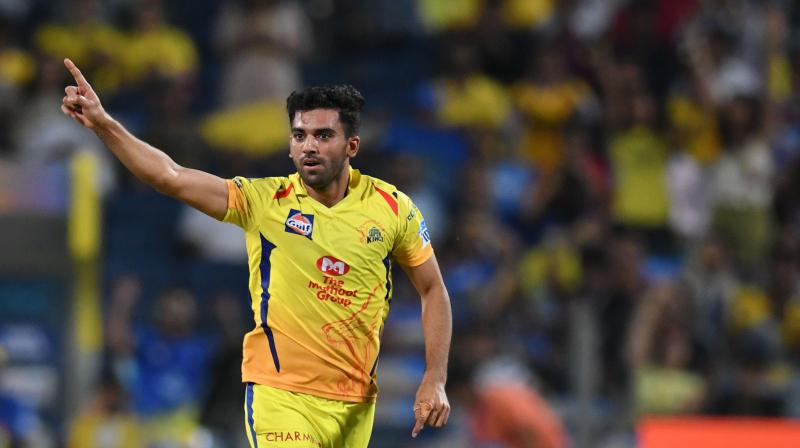 Reports also stated the members of the support staff and the social media team might have contracted the virus during their camp in Chennai. The Super Kings organised a camp of five days at Chepauk before leaving for UAE on August 21. Incidentally, BCCI had warned Chennai before organising the camp at the MA Chidambaram Stadium.

However, CSK management has claimed that all the players tested negative before the departure. It is likely that Deepak Chahar had contracted COVID-19 at the airport or during travelling.

The fresh development has put the entire IPL schedule in a jeopardy. Deepak Chahar will now have to remain in a 14-day quarantine. Following that, he will have to give two negative tests in a span of 14 hours to join the squad again.

Despite the ongoing dilemma, BCCI has insisted that there is no immediate threat to the IPL 2020. The cash-rich league will begin on time as per schedule, however, they have postponed the announcement of schedule due to the development.

“Adequate measures are in place to tackle the situation and there is no immediate threat to the tournament. But the announcement of fixtures has been delayed because of this development,” a top BCCI source told TOI.

Meanwhile, Deepak Chahar along with the other members are stable now and doing fine. The entire CSK squad has gone into quarantine at the hotel they are put up in Dubai. It is likely that they will resume training from the first week of September. Currently, Chennai are hoping that no one else tests positive which can put the entire IPL 2020 schedule in jeopardy.