Meanwhile, Karthik recently hosted a question-answer session on his Instagram profile. He answered questions on various topics related to his career and the Indian Cricket Team. During the session, a fan asked Dinesh Karthik to name the most challenging bowler he has faced. With further ado, Karthik picked Lasith Malinga as the most destructive bowler he has faced.

Speaking of records, in ODIs, Malinga has got rid of Karthik twice conceding 63 runs from 53 balls, while in T20Is the right-hander was dismissed by the veteran fast bowler on the only ball he faced.

In the IPL, Malinga, playing for Mumbai Indians has dismissed Dinesh Karthik thrice as the batsman could manage only 12 runs from 17 balls delivered by the Sri Lankan. Thus, it is pretty clear that Lasith Malinga has enjoyed a fair dominance over the wicket-keeper batsman. 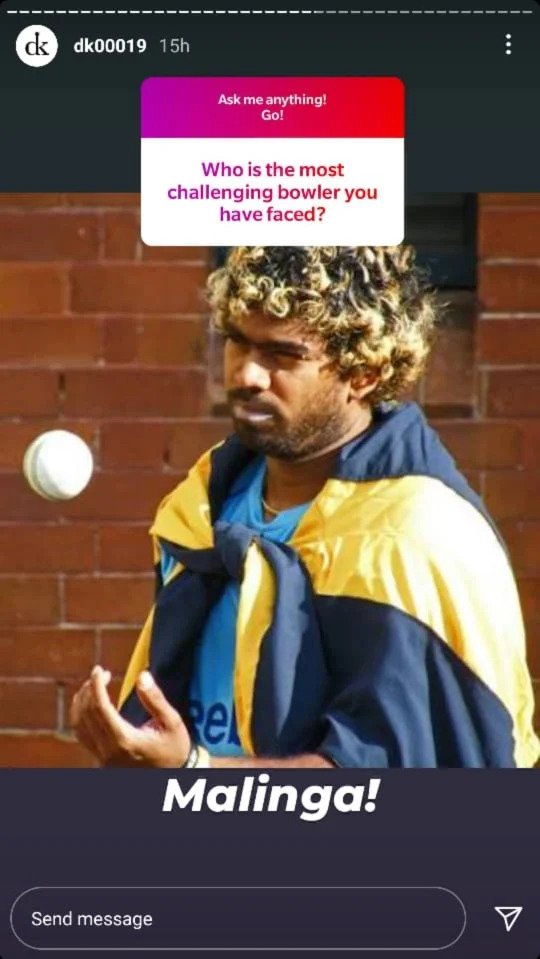 Meanwhile, Dinesh Karthik was last seen in action during IPL 2020 in the UAE when he turned up for Kolkata Knight Riders. He started the season as the skipper but stepped down in the midway owing to poor results giving over the reins to Eoin Morgan.

He will next turn up for Tamil Nadu in the Syed Mushtaq Ali Trophy starting from January 10. Karthik will lead the side as they look to win the domestic T20 competition which will take place in six venues as a measure to keep the players safe amid the coronavirus pandemic.

Ian Bishop Points Out The Glitches In Shubman Gill’s Batting