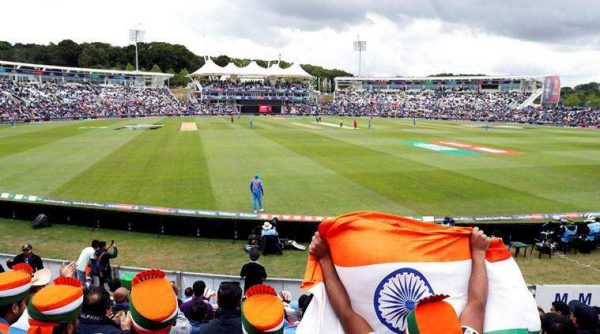 The England and Wales Cricket (ECB) and International Cricket Council (ICC) have agreed to allow a crowd of 4000 people for the ICC World Test Championship final. India and New Zealand will lock horns in the pinnacle clash at the Rose Bowl in Southampton starting June 18.

Meanwhile, for the first time since September 2019, fans were allowed for a cricket game in England on May 19. About 1500 people were allowed entry for the English County Championship match between Hampshire and Leicestershire at the Rose Bowl in Southampton, a venue that will be hosting the World Test Championship final.

“We’re staging a four-day county game from today and for the first time since September 2019 fans were allowed for a cricket match in England. The other county games of this round will begin tomorrow and those games too will see crowds,” Rod Bransgrove, the head of Hampshire County Club, told Cricbuzz from Southampton.

He is also confident of a good turnout for the title clash and stated that the enthusiasm from the fans are on a different level. ICC is expected to take 50 percent of the permitted crowds for their stakeholders and sponsors and the rest of 2000 tickets will be sold among the fans. He also confirmed that they have already double applications of what can be allotted from the fans.

Bransgrove said Southampton waits for the Indian players and their family members to arrive in the port city, from where the Titanic had set out for its voyage in April 1912.

“We are waiting the Indian team to complete their quarantine in India and arrive here. We are ready to host them,” he remarked.

Meanwhile, the ICC said the playing conditions for the WTC final will be released in a couple of days.