Indian skipper Virat Kohli has yet not score 100 runs in the Test series so far against England. After scoring a first-ball duck in the first innings of the first Test, Kohli scored 42 and 20 in the next two innings of the second Test. Indian cricket fans are awaiting Virat Kohi to hit his 28th Test ton. His last ton came way back in 2019 when the ICC World Test Championship just started.

Meanwhile, former Indian pacer Ajit Agarkar said to Sony Sports that it would be wrong to write off Virat Kohli after just three innings in England. The Indian skipper scored close to 600 runs when India last toured England in 2018. 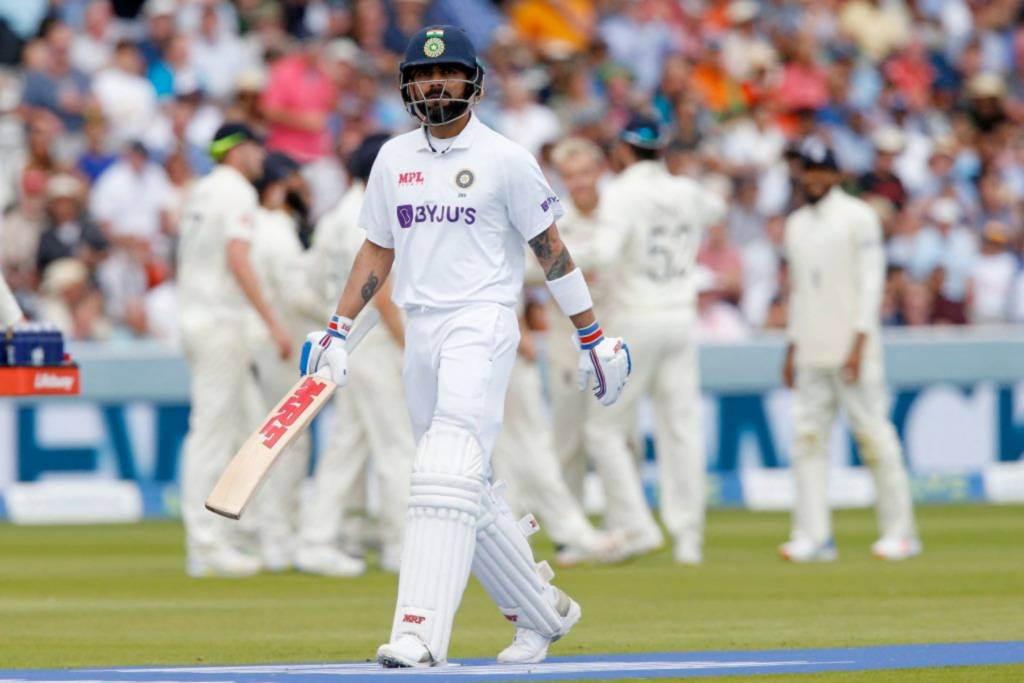 “Let’s wait and see, but in three innings you do not want to write someone off who has been a modern-day great. “Virat Kohli got runs against England in the 2018 series with all their bowlers available. He got a great ball from James Anderson in the first Test, fought hard for his 40 odd in the second Test. You bowl an outswinger to batsmen in the corridor, they will knick the ball. These are conditions where the ball does swing and seam around. Bowling on the fourth stump is very difficult to play for most batsmen” Agarkar said.

When You Don’t Score Runs You Are Eager To Score Them: Ajit Agarkar on Virat Kohli “When a bowler is in good spell, that Sam Curran ball in the second innings of the Lord’s Test was good deception. I am sure Kohli will like to get runs and all fans would like him to get big runs. The guy has got enough runs in international cricket, and maybe when you do not get runs, you are eager to get into the series, that might have happened,” he added.

This is the only time when Rahul Dravid, Sachin Tendulkar and Sourav Ganguly scored a century in the same innings. 628/8 decl was the then highest total for India in England.(Previous highest- 606/9d at Oval in August 1990) pic.twitter.com/chyJTVDFFC

India won by an innings and 46 runs the last time they played a Test match at this venue in 2002. Meanwhile, India have a good record at Leeds, with their last defeat coming way back in 1967.