In the meantime, Sam Curran bagged a King pair after bagging the wicket of Virat Kohli during India’s second innings. Curran was dismissed in the first innings by Ishant Sharma as he got him caught in the slips. In the second innings. Mohammed Siraj got him caught by the keeper to hand him a dubious record. Curran’s England teammate James Anderson is also another England player who also had a golden duck in both innings. He got it against India in Vishakhapatnam in 2016.

What Is A King Pair? 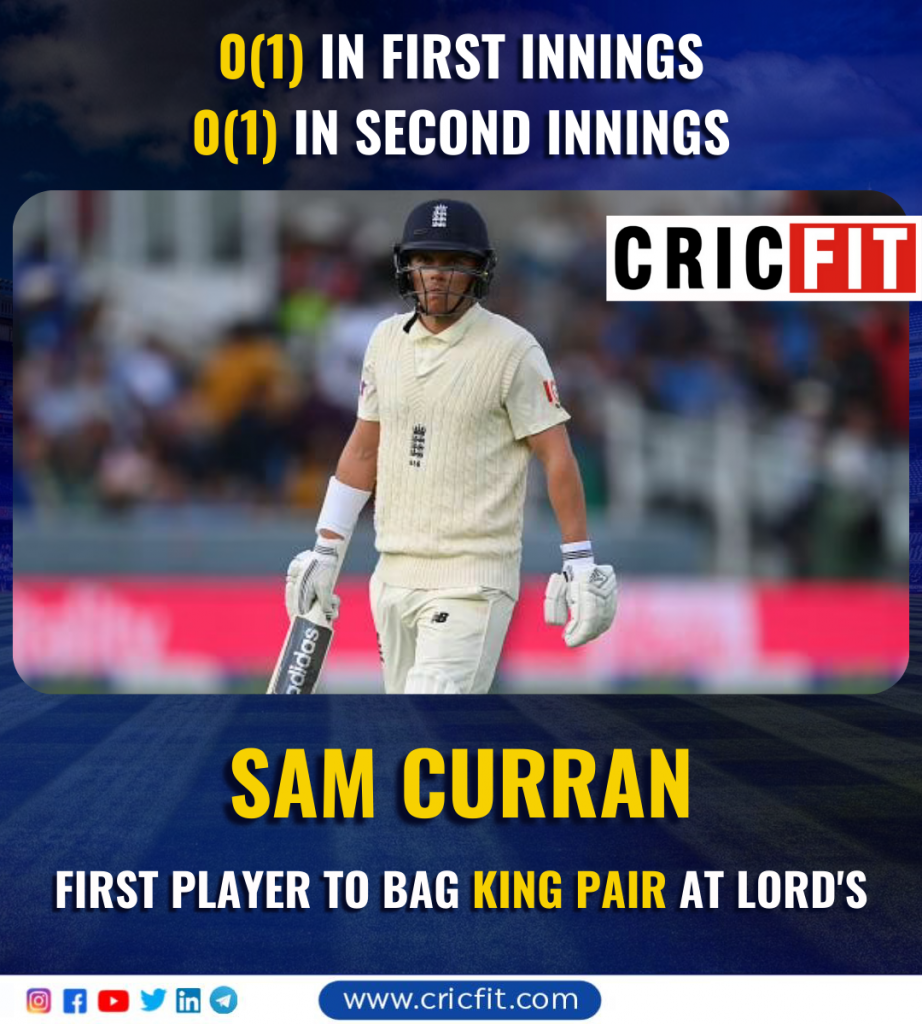 A pair is Test cricket is generally when a batsman gets out on a duck in both the innings of a Test match. It becomes a ‘King Pair’ when the batsmen gets out on the very first ball in both the innings. This implies that the batsman has only encountered two balls in the match, and he has been knocked out on both of them. This is a very rare eight in the game of cricket and unfortunately, Curran has been at the receiving end of the same. He also became the first player to get out on a King Pair at Lord’s

Meanwhile, there have been a few more other than Curran and to bag golden ducks, also known as king pair in Test cricket. William Attewel and James Anderson had earlier registered a King Pair for England previously.

There have been 22 players in Test cricket history to bag a king pair and Sam Curran has been the latest entrant to that list.

Also Read: “India Are Favorites To Take The WTC In The Second Cycle” – Brad Hogg