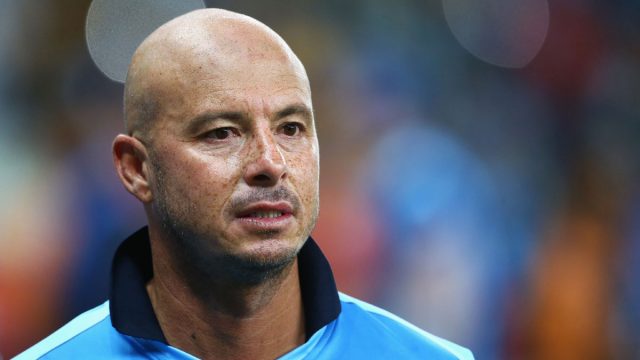 Former South African batsman Herschelle Gibbs is currently in the news for wrong reasons more than right. He has confirmed his participation in the controversial Kashmir Premier League. In the process, he has also criticised the BCCI for mixing politics into sports and has expressed his disappointment at the same.

Meanwhile, while interacting with Cricket Pakistan, he specified the names ie three countries as his favourites for the upcoming T20 World Cup to be played in the UAE. Gibbs said England, India and Pakistan are the front-runners to win the tournament.

“Definitely [I would say] England, Pakistan, and India. You never know, Sri Lanka could be in with a shot or maybe even Bangladesh. I think definitely, for now, Pakistan, India, and England for now. It also depends on what the conditions are going to be like. The unpredictability of Pakistan is always in the mix. Obviously, India and England [are strong sides]. A lot depends on the wickets. If it is going to turn a little, I don’t think the West Indies are going to be as dangerous because they like the ball coming onto the bat. They like wickets that don’t turn. If there is spin, it doesn’t always suit the West Indies.” Gibbs said as reported by Cricket Pakistan.

“There is [Virat] Kohli, Babar Azam, Jos Buttler. There are just so many good batsmen. Some from West Indies as well. You have power hitters and finishers. At this stage Kohli, Babar Azam, Steve Smith, obviously AB de Villiers retired, then there is Jos Buttler, and on and on. You can say five or six batsmen are good because they can play on all types of surfaces and not only flat decks which are good for batting.

According to a report of the Indian Express, BCCI has clearly informed all the boards that participants of the controversial league will lead to end their commercial tie-ups with the BCCI. Also, they will be not be allowed to participate in any cricket-related activities in India. Meanwhile, a BCCI official said that the bold decision has been taken while keeping national interest in mind.

Muzaffarabad cricket stadium in PoK will host the matches of the league with a total of six teams participating in the tournament.