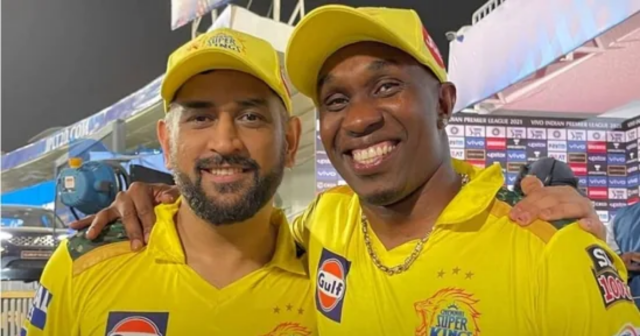 Meanwhile, in a chat with ANI, Bravo confirmed that he will be participating in the upcoming mega-auction which is expected to take place in the first week of January 2022. Bravo also stated that he is unsure about the team he would be selected for during the auctions.

MS Dhoni and I are brothers from another mother- Dwayne Bravo

Bravo also spoke warmly of his friendship with CSK captain MS Dhoni. He also thanked Dhoni for assisting him throughout his career. He described Dhoni as a “global ambassador” for the sport.

“We all know that MS Dhoni and I call each other brothers from another mother. We have developed a strong friendship. He is a global ambassador of the game and he has helped my career personally”, Bravo said.

With the introduction of his clothing brand “DJb47”, Bravo is preparing for his first innings as a fashion entrepreneur. Djb47 was developed in cooperation with Singapore-based 3 Big Dogs Pte Ltd. Bravo said that his brand is planning to give a tribute to MS Dhoni in the future.