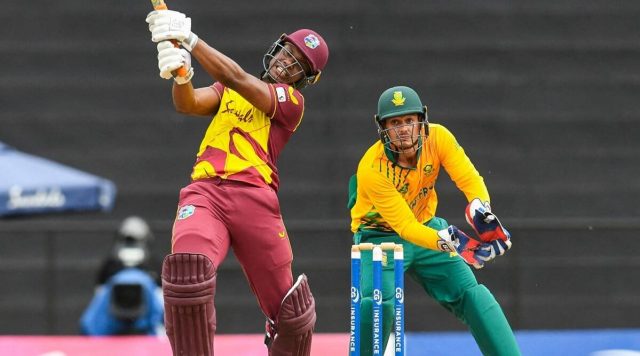 The Match 18 of the ICC T20 World Cup 2021 will see the defending champions, West Indies taking on South Africa on Tuesday, October 26 at the Dubai International Stadium.

West Indies faced an embarrassing defeat against England in their opening match of the tournament. They were bowled out for a paltry 56 batting first at the same venue. England chased down the score in 9 overs, with 6 wickets in hand. Despite the loss, the Kieron Pollard-led team will be pleased with Akeal Hosein‘s performance.

The Test boys are training in Antigua. Assistant Coach @qmanbad tries his best to keep up with @KemarAJR & Jahmar Hamilton. 🏃🏾💨😥#MenInMaroon pic.twitter.com/hUt013Ovlv

Similarly, South Africa too lost their opening match of the tournament against Australia in Abu Dhabi. Batting first, they managed only 118 runs, on the back of Aiden Markram’s 40. Their bowlers did put up a decent show, taking the game to the final over, which eventually they lost.

Both South Africa and West Indies will be keen to put the defeat behind themselves and make a fresh start in the upcoming game. With both sides fighting to get off the mark in the tournament, we are in for a cracker of a match.

We’re excited to see the #Proteas back in action as they look to bounce back in their match against @windiescricket tomorrow🇿🇦💚 #T20WorldCup #BePartOfIt pic.twitter.com/rXbMD3pjR0 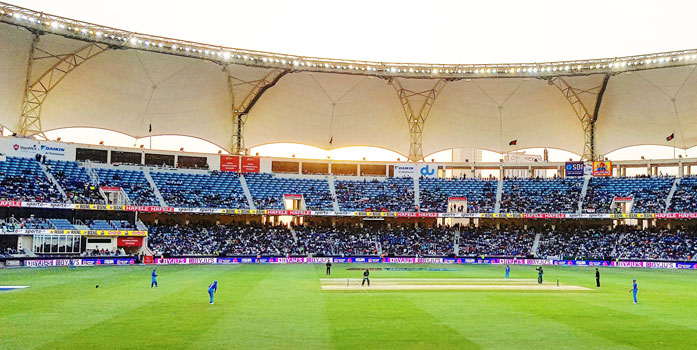 The pitch at the Dubai International Stadium is likely to favor the seamers. The batters need to give themselves some time at the crease, before shifting the gears. The team that wins the toss will look to chase. 170-180 should be a good score.