Former Pakistan skipper Inzamam-ul-Haq and chief selector of Pakistan has claimed that Indian batsman in his era played for themselves. He claimed that when he played India in his international career it always seemed they were focused on saving their spots. Inzamam while comparing batsman of both countries during his time said Pakistan batsmen were never afraid of failure.

Inzamam was chatting with his former teammate Ramiz Raja on his YouTube channel about cricket. The legendary batsman claimed that Pakistan batsman of the past played for the team and not for any individual records, unlike the Indian batsmen. They always had the backing of then captain Imran Khan all the time. Ramiz also asked Inzamam also about the current state of batsmen in Pakistan.

He then told Ramiz Raja that nowadays their batsmen are always unsure about their place in the squad. They are thinking on a series by series basis, thinking that if they perform they will be in the team for the next series. However, if they fail then they will be dropped and that is where the problem lies as they cannot play their natural game. Inzamam-ul-Haq then lauded his former captain Imran Khan and said that he always gave his players time immense confidence. 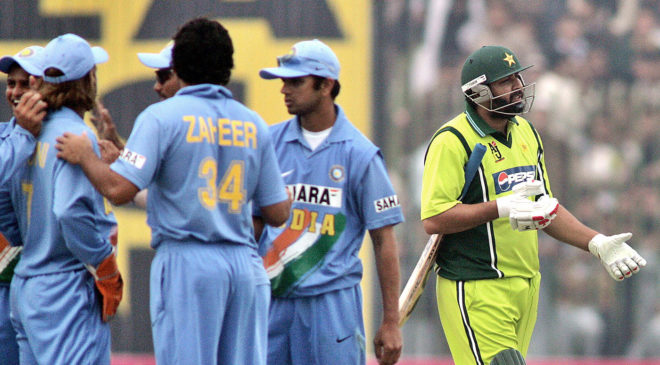 The current Pakistan batsmen are scared of losing their spot in the team. They are unsure and think that for them to make a mark they only have a handful of innings. They don’t realise what the team needs and this leads to them not playing their natural game.”

He also expressed that the coaches and captain of the team need to be on the same page. They should always back their players and give them the freedom to express themselves. By doing this they will play for their team and not be worried about their selection. Inzamam scored 11,739 ODI runs and 8830 runs in Tests in his career.