Indian Premier League is without a doubt the biggest T20 league in the world. Players from all over the world, over the years, have entertained everyone by their nerve-wracking performances. From the first day of the tournament in 2008 when Brendon McCullum struck an unbeaten 158 to the last season, cricketers have entertained to the fullest. In this article, we will take a look at the best IPL XI of all-time.

The cash-rich league has witnessed some of the greatest cricketers of the current generation. From MS Dhoni to Virat Kohli to Chris Gayle, to Lasith Malinga – all of them have given exceptional performances over the last 12 years. The tournament has also seen some of the most intense rivalries as well as finishes of the highest order, capable of sending a chill down the spine.

Since the IPL season of 2020 is postponed it is a great time to reflect on some of the great players in IPL history. Notably, the Board of Control for Cricket in India (BCCI) had to postpone the tournament for an indefinite period in the wake of the coronavirus pandemic which was scheduled to commence from March 29.

Honestly speaking, it is an extremely difficult job to bring down a pool of immensely talented and legendary cricketers to an XI. However, among all the greats, there are some who have left an impression which will remain until the game stays.

We at Cricfit will take a look at best IPL XI of all-time: 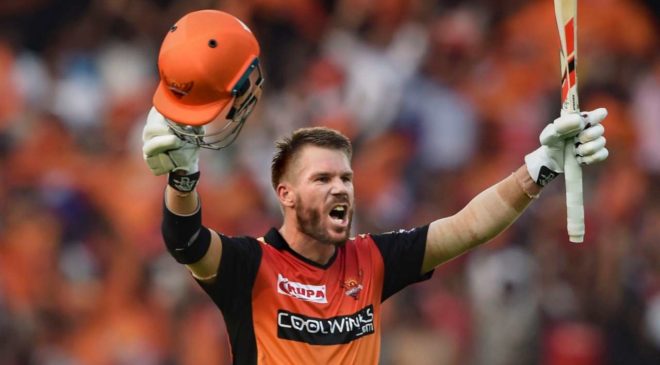 The Sunrisers Hyderabad skipper David Warner has played an instrumental role in his side’s success. Over the years, Warner has played some destructive knocks. He has so far scored 4,706 runs at an average of 43 and a strike rate of 142.4. The Australian has also scored four tons and is the most consistent IPL opener of all time.

The Australian’s ability to change the game in a fraction of a second makes him an obvious choice in the best IPL XI of all time.