Kolkata Knight Riders played the IPL 2021 against Chennai Super Kings without their star all-rounder Andre Russell. The nig-hitting all-rounder picked up a hamstring injury in the league game against CSK and since then did not take any further part in the tournament. CSK won the game by 27 runs as MS Dhoni lifed his fourth IPL title as skipper.

Shubman Gill and Venkatesh Iyer got KKR off to a good start in the run chase, adding 91 runs for the first wicket. But the middle-order crumbled yet again as they finished 27 runs short, giving CSK their fourth IPL title.

Meanwhile, in the post-match press-conference, the KKR coach opened up on Andre Russell’s absence from the final. He said that Russell tried his best to recover from the hamstring tear and playing the IPL final would have been a ‘big risk’ for him with the T20 World Cup looming.

Andre Russell Sat In The Sidelines Due To Hamstring Injury 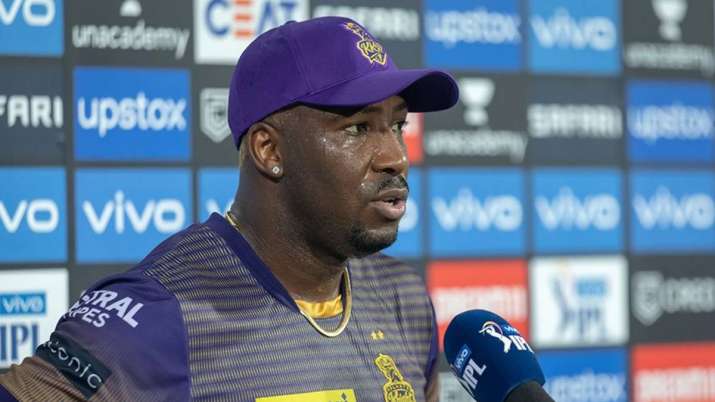 “Yeah, look, Andre obviously had a hamstring tear early on in the competition. He worked unbelievably hard to try and get himself available. He was still at risk there. And I felt (if) it was a risk in a final, we just couldn’t afford to take.”

“And then we had another hamstring issue with Rahul Tripathi so, look, such is the nature of hamstrings that you are just never sure whether they are going to be fully healed or not, and it’s such a big risk” he further said.

Shakib Al Hasan replaced Russell in the playing XI and played his part with the ball. With the bat, he was far from being his best with high expectations from the former Bangladesh skipper.

In the end, MS Dhoni lauded the Eoin Morgan-led KKR side and said that the side deserved to win the final given the way they came back in the tournament. KKR won seven out of nine games in the build-up to the final after winning just two games in the India leg.

” Before I talk about CSK, it is important to talk about KKR. For the position they were in after the first phase, to perform this well, its very difficult. If any team, deserved to win the title this year, it was KKR for the way they played” Dhoni.