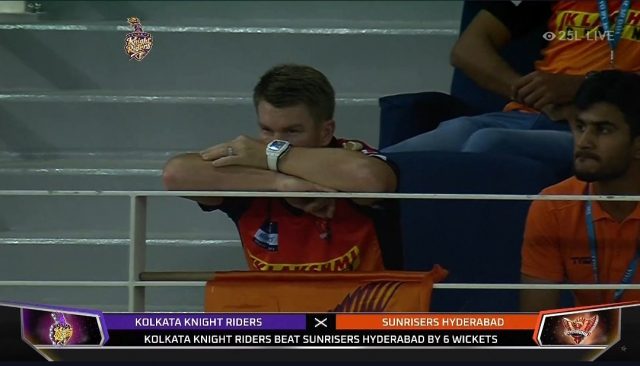 Cricketer turned commentator Sanjay Manjrekar opened up about the David Warner controversy going on in the IPL 2021.  He has been left out of Sunrisers Hyderabad (SRH) side for reasons more than just his on-field performances.

During the India leg of IPL 2021, the left-handed opener was not only sacked as the SRH captain but also was dropped from the playing eleven. Kane Williamson replaced him as the skipper. As Warner struggled for fluency with the bat, SRH also lost matches in the heaps they had lost 5 of their 6 matches under Warner before he was sacked.

Is David Warner's #IPL2021 over? 👀 pic.twitter.com/BDJ1tBMBmd

“His poor form has not been going on for so long that Warner gets dropped on batting form. So, it has to be a non-cricketing reason and we have no idea what that is. That is the other thing I don’t understand, why everything is so hush-hush, but there is something definitely going wrong there,” said Manjrekar

He was then dropped from the SRH squad for the match against Kolkata Knight Riders on Sunday. While he watched the 7-wicket loss to RR from the team hotel, he was present in the stands as SRH slumped to their 10th defeat of the season on Sunday against two time champions KKR.

The reason has to be non-cricketing. Warner’s numbers over the last few years have been just mind-boggling.

“I think he is the best IPL batter we have ever seen with regards to longevity,” added Sanjay Manjrekar.

David Warner has managed only 195 runs this season

David Warner has managed to score just 195 runs in eight matches this season, in stark contrast to his record in the previous seasons of the IPL. He posted a few comments and stories on Instagram which indicated to us he won’t be part of the SRH dugout anymore this season.

This will mark the first time since 2013 that Warner has scored less than 500 runs in an IPL season which is heartbreaking to watch.