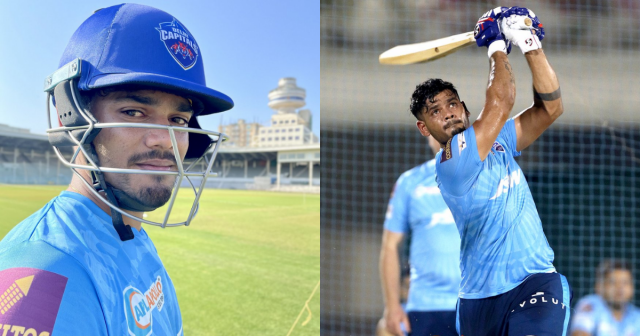 Gujarat has provided many excellent big-hitters to the country over the years. Hardik Pandya, Ravindra Jadeja and Yusuf Pathan to name a few. Ripal Vinubhai Patel, commonly known as Ripal Patel can be another addition to the list as he makes his debut against Chennai Super Kings in match 50 of IPL 2021.

Ripal is an explosive middle-order batsman and a handy right-arm medium-fast bowler. The youngster would be keen to make an impact for the Delhi based franchise.

In this article, we will take a look at three facts about Ripal Patel:

Ripal made his List-A debut in September 2019, for Gujarat in the Vijay Hazare Trophy 2019-20. He made his T20 debut two months later in the 2019–20 Syed Mushtaq Ali Trophy. The talented all-rounder from Gujarat is yet to make his first-class debut.

In his List A debut, his opponents were Bengal who had experienced players like Manoj Tiwary, Ashok Dinda and Wriddhiman Saha. Shahbaz Ahmed, who currently plays for RCB was also a part of the Bengal XI. Ripal’s first T20 match was against Saurashtra at the Lalabhai Contractor Stadium, Surat.

Ripal has an impressive record in T20 cricket where he has 191 runs to his name at an average of 31.83. His T20 strike rate is 189.10. He has made a name for himself through his power-hitting abilities.

The All-rounder earned his first IPL contract in the 2021 auction, where the Delhi Capitals signed him for Rs 20 lakh. The presence of big-hitters like Rishabh Pant, Marcus Stoinis, Shimron Hetmyer etc. in the squad would have surely helped the 26-year old hone his skills.

It should be noted that, in the “IPL 2021 Auction Preview” done by Ravichandran Ashwin on his Youtube channel, Ashwin said that the hard-hitting batsman from Gujarat would attract the franchises. In the auction, Delhi Capitals bought him and now he’s making his debut & will play with Ash!

Ripal, like many kids in India, started his journey with tennis-ball cricket. He later joined a cricket academy in Kheda district, Gujarat. He received full support from his family regarding his decision of choosing cricket as a career. Ripal hails from a town called Nadiad in Gujarat.

So, initially, he faced a lot of struggles as a cricketer because the infrastructure and sports facilities in his city weren’t up to the mark.