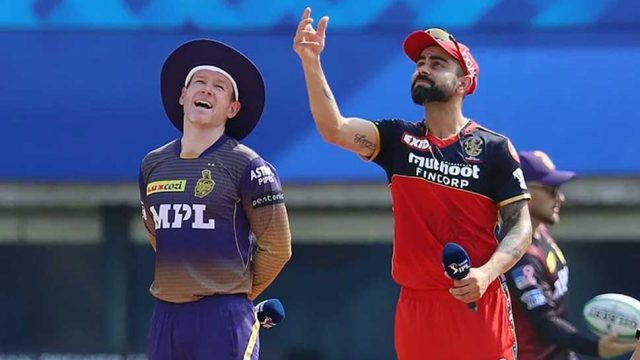 After a cracking start to the second phase of IPL 2021, the second match will see Kolkata Knight Riders (KKR) go up against Royal Challengers Bangalore (RCB) on September 20 (Monday) at the Sheikh Zayed Stadium in Abu Dhabi. Kolkata is reeling in the seventh spot while the Royal Challengers are in the third spot with 10 points from seven matches.

As they lost five of their seven matches, things weren’t quite falling in place. They will have to win all their remaining matches to give themselves the best chance of making it to the top four. The absence of senior pacer Pat Cummins would hurt KKR badly and will have to rely mainly on the Indian quicks to deliver the results.

RCB, on the other hand, had a great start to their IPL 2021 campaign. The addition of all-rounder Glenn Maxwell worked wonders for the franchise as it eased out pressure from Virat Kohli and AB de Villiers. Harshal Patel, who is currently the purple cap winner, has also done exceedingly well with the new ball. Virat Kohli & Co would hope to keep up the good work when they begin their campaign in the second phase.

When will the 31st match of the IPL between KKR and RCB take place?

What is the venue for the match?

The match will take place at the Sheikh Zayed Stadium in Abu Dhabi.

What time will the match start?

Which TV channels will broadcast and live stream the KKR vs RCB game?

Star Sports Network will telecast the match live. The live streaming of the match will also be available on Disney+ Hotstar.