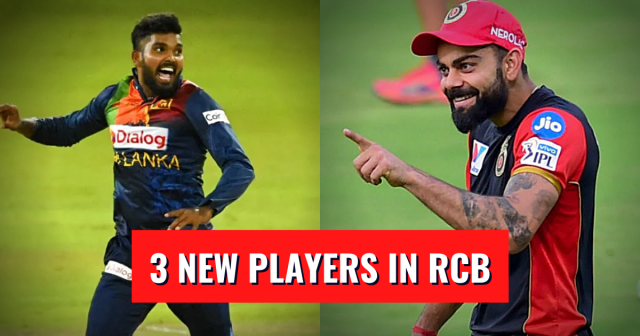 Notably Sri Lanka’s Wanindu Hasaranga is the man in red hot form. In the recent three-match T20I series against India, he bagged a total of 7 wickets, including a 4-wicket haul in the final T20I. Meanwhile, Royal Challengers Bangalore has roped Wanindu Hasaranga as a replacement of Australian leg spinner Adam Zampa for the second phase of IPL 2021 which is scheduled to begin in the United Arab Emirates from September 19. The announcement regarding Hasaranga joining RCB was made by the official Twitter handle of the franchise.

In a press conference, Mike Hesson talked about the inclusion of Hasaranga and said:

“We have a scouting programme for at least the last two years where we know players around the world. Wanindu was on our radar for a long time. It’s certainly not a recency factor. We’re not surprised by his success in recent times. We like his skillset, offers us the chance to bat a little bit deep. Gives us a lot of exciting options. The fact that he performed against India is great, but not surprising.”

Other than star leg spinner Wanindu, Royal Challengers Bangalore (RCB) has roped yet another Sri Lanka bowler. The fierce speedster Dushmantha Chameera has been added to the squad. Notably, he comes in as a replacement for Australian pacer Daniel Sams. Meanwhile Tim David the Singaporean cricketer has joined Virat Kohli’s side as a replacement for Kiwi Finn Allen.

Moreover, one more big change has been announced by RCB which is a change in Head Coach. Simon Katich has stepped down as head coach and Mike Hesson is all set to overtake him.

While talking about his dual role in RCB Mike Hesson said:

“We have a very experienced coaching group. My role will be working with the group. Role changes slightly, have to be a bit more hands-on. Looking forward to it. I have been involved over the last two years and know the support staff really well.”