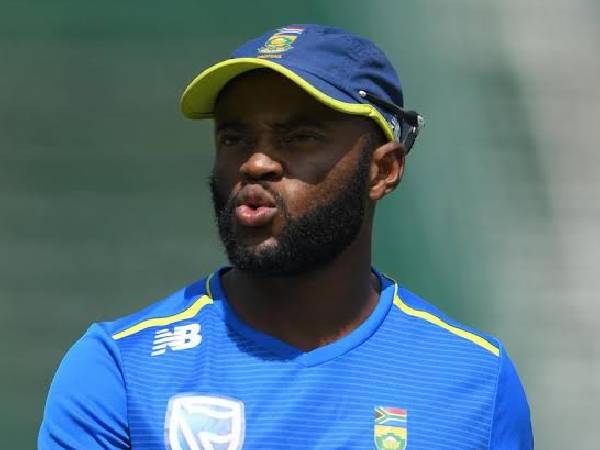 When Temba Bavuma was handed over the reins of white-ball cricket in March 2021, history was created in South African cricket. The short-statured right-handed batsman Bavuma became the first black cricketer to lead a Proteas side.

With the T20 World Cup lined up in a couple of months, not many experts gave South Africa any chance. As expectedly, they faltered in the multi-nation competition and bowed out of the group stages.

As Temba Bavuma takes the added responsibility in his strides, he admitted that he has enjoyed his time so far. Speaking to Betway Insider, the South African cricketer said:

“It wasn’t something that I was expecting,” Bavuma says. “There was obviously anxiety and fear as to how I was going to take the team forward to new heights. The journey is still young with the white-ball teams, I must say. But I’ve enjoyed it so far,” he added.

The 31-year-old’s appointment came at a time when South African cricket was going through a turmoil. Cricket South Africa (CSA) gave the responsibility to Temba Bavuma because of his relationship with the other team members and his experience of playing at the highest level.

“I was fortunate in that most of the guys, especially the senior guys, I’ve played with from school level,” he says.

“We understand each other and, most importantly, the respect is there. I spend a lot of time with KG [Rabada] on and off the field. Shamo [Tabraiz Shamsi] and Quinton [de Kock], too. These are important players to have good relationships with as a captain. We’re fortunate that we have several legends of the past who I can call upon, too. JP Duminy was in the T20 management camp and he added to the brains of the team. He has a great brain and I bounced ideas off him,” Bavuma continued.

“I pride myself in being honest, understanding where I can improve” – Temba Bavuma

However, Bavuma wants to stamp his own authority as a captain and take South African cricket forward.

“The better you know yourself, the less likely you are to be affected by what other people say about you. I pride myself in being honest, understanding where I can improve but also not losing focus from taking the team forward,” he adds.

Ten months into the role, Temba Bavuma has already taken the team in the right direction. Out of the 13 T20Is he has led, South Africa have emerged winners on 10 occasions while he has managed three wins in eight ODIs.

His biggest win will be to beat India in the ongoing ODIs, where they lead the three-match series 1-0.