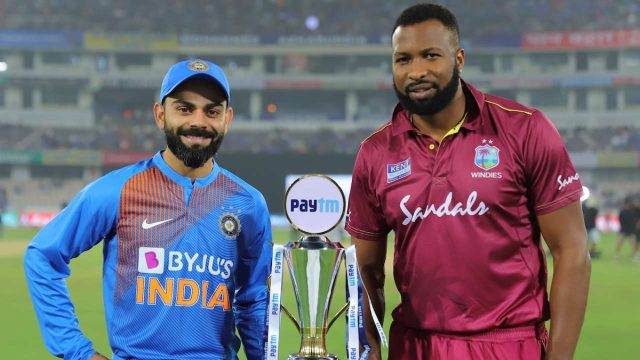 The pandemic has affected sport worldwide with tours being cancelled, schedules being rejigged and players stuck in bio bubbles. The recent rise in cases due to the Omicron variant has forced the BCCI to be more cautious heading into the home series against the West Indies.

The Board of Control for Cricket in India’s (BCCI) Tours and Fixtures Committee has suggested the board to hold the three ODIs and the three T20Is against West Indies across two venues – Kolkata and Ahmedabad.

The matches, spread across two weeks, were supposed to take place in 6 different venues around the country. However, the BCCI is now looking to minimise the movement of the players so as to ensure proper health and safety.

The venues haven’t been finalised yet, but Cricket West Indies (CWI) Board confirmed that they would be willing to accept any changes as long as the players’ safety remains a top priority, keeping in mind the necessary protocols.

“A request for such a change has not reached to me as yet. But we accept such operational actions by local boards in the interest of what is best for implementing health protocols,” CWI chief Ricky Skerritt told Cricbuzz.

The West Indies team is expected to arrive in Ahmedabad on February 1, with the matches scheduled from February 6 to February 20. With the players set to be isolated for a few days, they would only be able to get in a few practice sessions ahead of the first game on the 6th.

One can expect to see some big names in the West Indies side led by Kieron Pollard, a lot of whom are IPL regulars and would be confident of their abilities in Indian conditions. It promises to be an exciting series, no matter where it is played.