Sri Lankan Head coach Mickey Arthur was heavily criticized after their loss against India in the second ODI. Arthur was highly animated during the match and had a long debate with captain Dasun Shanaka after the match which was caught by the TV cameras. The pundits and fans targeted Mickey Arthur on social media for his reaction.

Former Sri Lanka cricketer Russel Arnold took to Twitter to suggest that the conversation between the skipper and the coach should have happened inside the dressing room. Mickey Arthur was quick to respond to Russel Arnold’s suggestion. He replied, “Russ, we win together and lose together but we learn all the time! Dasun and myself are growing a team and we both were very frustrated we did not get over the line! It was actually a very good debate, no need to make mischief out of it!”

Russ we win together and lose together but we learn all the time!Dasun and myself are growing a team and we both were very frustrated we did not get over the line!It was actually a very good debate,no need to make mischief out of it!

There were also speculations about things going downhill between Coach Mickey Arthur and captain Dasun Shanaka. However, the latest picture of the two has put the speculations to rest. Dasun is seen sharing a light-hearted moment with the coach. 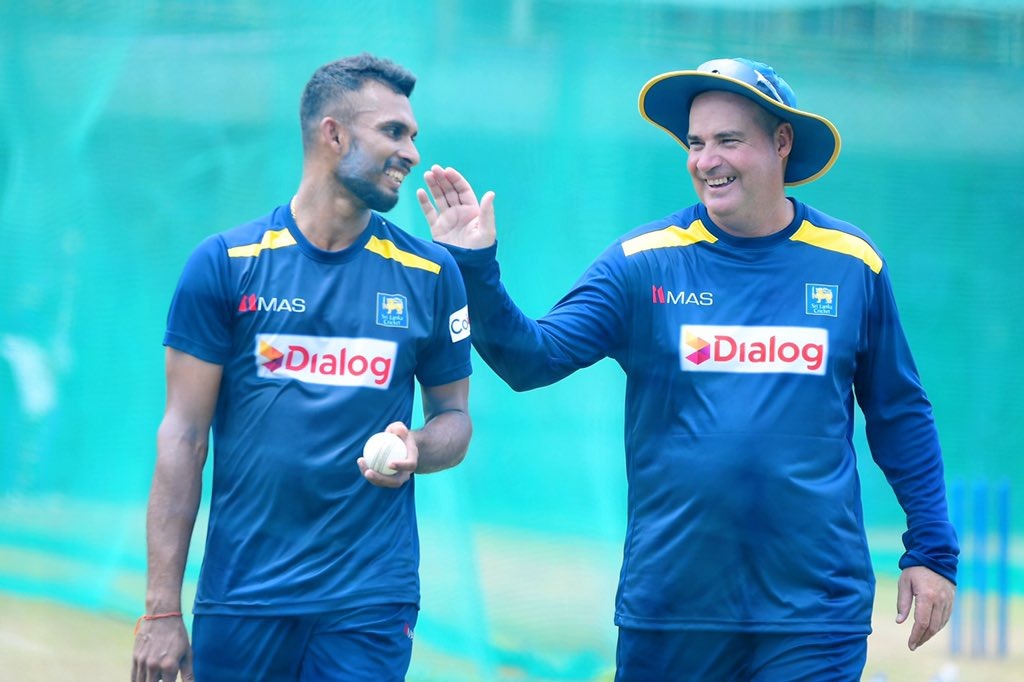 Sri Lanka eyes a comeback in the series

After winning the second ODI match, the Indian team has an unassailable lead of 2-0. However, the Sri Lankan team will not be disheartened as they managed to put up a decent show in the last match. They pushed the Indian team on the back foot after reducing them to 193/7, but could not capitalize on key moments thereafter.

The Sri Lankan batting line-up has performed well in the series, but their bowling attack is still a concern. There have been some great individual performances in the series, but if they have to make a comeback, they will have to perform collectively as a unit. With not much to lose for the Sri Lankan side, they will come out all guns blazing against India in the third ODI.