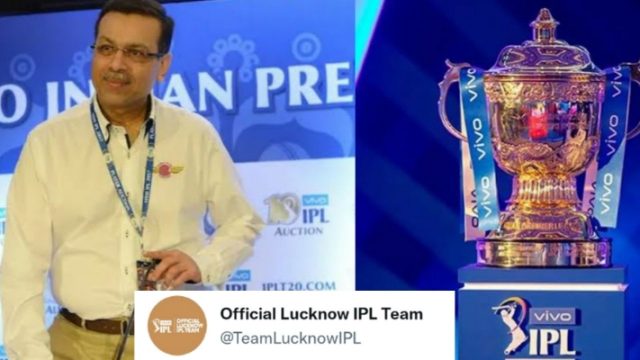 The 2022 edition of the Indian Premier League (IPL) is set for a total revamp with two new teams based out of Lucknow and Ahmedabad are set to enter the fray. A mega auction is set to take place with teams building their squad from the scratch.

The RPSG Group, which previously owned the Rising Pune Supergiant, have bought the Lucknow-based IPL franchise. Days after winning the bid, they have made their debut on social media.

The Lucknow-based team have taken over the social media handles of now-defunct Rising Pune Supergiants IPL team, which was also owned by the RPSG Group.

As social media play an integral part in building the fan base of a team, every IPL team now has to have an engaging social media handle and create interesting content to keep the fans engrossed. As things look, the Lucknow-based franchise has understood it very early. Hence, there have been a few engaging posts from the handle so far.

Lucknow appoint Gautam Gambhir as their mentor for IPL 2022

The Lucknow-based franchise has already begun their preparation for the forthcoming IPL season having announced their coaching department With Andy Flower the head of the team and Gautam Gambhir as the mentor of the Vijay Dahiya will join the franchise as an assistant coach. The duo of Gautam Gambhir and will reunite with Vijay Dahiya With whom he won two IPL titles while playing for KKR.