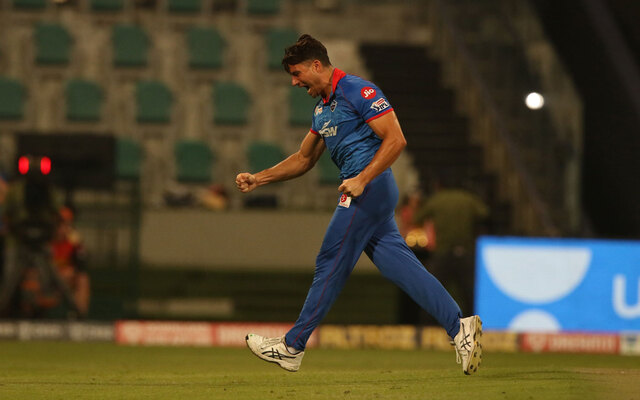 It’s going to be Delhi Capitals who will face Mumbai Indians in the all-important 2020 IPL final as they avenged the Sunrisers Hyderabad at the Sheikh Zayed Cricket Stadium in Abu Dhabi. The onslaught started by Marcus Stoinis and Shikhar Dhawan in the first innings continued in the second innings by the hands of Kagiso Rabada as he ended up with four wickets at the end of the match.

It all started at the toss as Shreyas Iyer the Delhi Capitals skipper won the toss and elected to bat first. While Sunrisers Hyderabad went unchanged from their last game the Delhi Capitals make a couple of changes to the playing XI as Shimron Hetmyer and Pravin Dubey came in for Daniel Sams and Prithvi Shaw.

Batting first the Delhi Capitals were off to a fine start as Marcus Stoinis and Shikhar Dhawan notched up a 86 run partnership for the first wicket which was followed by Shreyas Iyer’s little cameo innings of 21 runs. In the end, it was all about the Shimron Hetmyer show as he ended the innings with a quickfire 42 run knock of just 22 deliveries.

In the followup, Sunrisers Hyderabad were off to a horror start as they lost Warner, Garg and Pandey in the first six overs of the powerplay. It was Kane Williamson who did all he could to fight back as the New Zealand Skipper scored 67 off 45 deliveries. By the end of the 19th over, IPL 2020 campaign looked all over for Sunrisers Hyderabad as Kagiso Rabada’s clinical spell ensured the Sunrisers don’t end up with Mumbai Indians in the finals on Tuesday.

Have Played Quite A Bit Of IPL, But This Is My First Final: Marcus Stoinis

The man of the match of today’s match between Sunrisers Hyderabad and Delhi Capitals was Marcus Stonis. At the post-match presentation, Stoinis said that since he had opened the batting for Melbourne Stars in the past he found it easier to adapt to the change in batting slot. When asked how Delhi would beat Mumbai, Stoinis said Delhi’s best cricket should be good enough on the night of the final.

“Have done it in the BBL for a couple of seasons (opening the batting) so it was nice to get an opportunity. Never know what it’s going to be like early. There was swing early on. So had a bit of a look at it before having a crack. Have played quite a bit of IPL, but this is my first final,” Marcus Stoinis said.

“It’s been hard with quarantine but a bit of silverware is good motivation. MI are a very good team. Have played consistently. But they’re due an off game. Our best cricket should be good enough to win. Was a really nice wicket,” he added.

Also Read:Watch – Rashid Khan Engage In Sledging With Marcus Stoinis After Getting Him Out