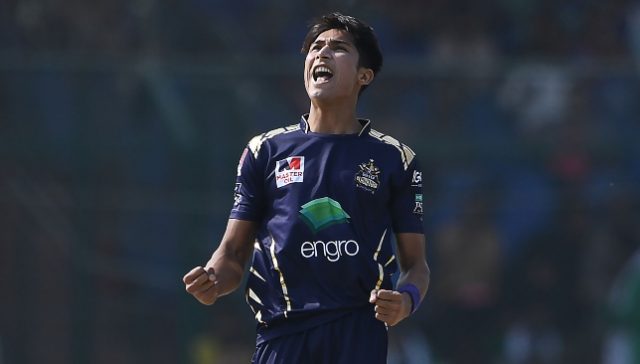 Young Pakistan fast bowler Mohammad Hasnain has been banned from bowling after his action was found illegal. He underwent a test on January 21 at the ICC-accredited biomechanics laboratory at the Lahore University of Management Sciences, the report of which revealed that his bowling action was not legal.

It was first reported during his stint with Sydney Thunder in the recently concluded Big Bash League (BBL). The report states that the majority of the deliveries he bowled exceeded the 15-degree tolerance limit for a legal bowling action.

“The PCB today received a formal and detailed report from Cricket Australia on Mohammad Hasnain’s assessment test, which stated his elbow extension for his good length delivery, full length delivery, slow bouncer and bouncer exceeded the 15-degree limits,” the PCB said in a statement.

Meanwhile, Mohammad Husnain was originally scheduled to undergo a test in Australia but later decided to do it in Pakistan as he was due to travel to the country for the Pakistan Super League (PSL). The 21-year-old has also been banned from bowling in the ongoing PSL.

The governing body has planned to appoint a bowling consultant who will work closely with Mohammad Hasnain to remodel his bowling action and appear for reassessment.

“The PCB has discussed the report with its own bowling experts and is confident that the problem can be resolved. The PCB will now appoint a bowling consultant who will work with Mohammad Hasnain so that he can rectify his bowling action and be ready for a reassessment.”

Mohammad Hasnain has been a constant presence in and around Pakistan’s white-ball squads and already has a T20I hat-trick to his name. He has so far represented Pakistan in eight ODIs and 18 T20I matches picking up 29 wickets.