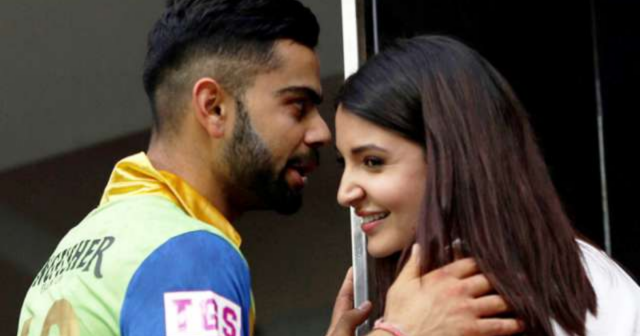 Virat Kohli, the former captain of RCB, has revealed that his wife Anushka Sharma, like him, has a unique connection with Bangalore. Virat stated that Anushka has grown up in Bangalore and hence has a strong attachment with the city. “She’s a Bangalore girl. She’s grownup there.”, Virat said on The RCB Podcast.

Virat stated that his wife has spent more time in Bangalore than even he has after playing for RCB for so many years. “She’s spent way more time than I have in Bangalore, not many people know this.”, he said.

Virat said that Anushka really enjoys watching Virat bat for RCB as it helps her reconnect with the city. He also added that she gets really heartbroken when the team doesn’t perform well.

“She feels very happy that I am playing for RCB. She obviously can feel the sadness when we don’t do well as well. And as I said, there’s a special connect with Bangalore already so for her it was just things coming together in the most perfect manner that I happened to play in the city and she gets to go back to Bangalore and relive her special memories of growing up there.”, Virat said.

Virat Kohli himself used to come to Bengaluru on a frequent basis during the early stages of his career. Kohli and other young cricketers used to spend months at the National Cricket Academy (NCA) attending Under-14 and Under-15 camps.

“We used to come to Bangalore for the Under-14, Under-15 NCA camps and we used to be there for 2-2.5 months at one stretch so we used to explore quite a bit of Bangalore even then.”, Virat stated.

Despite not having been born in Bengaluru, Kohli says the city makes him feel at ease. “It is just when you arrive, you land at the airport and you are driving to the hotel, you just feel like you’ve come home.”, said Virat.