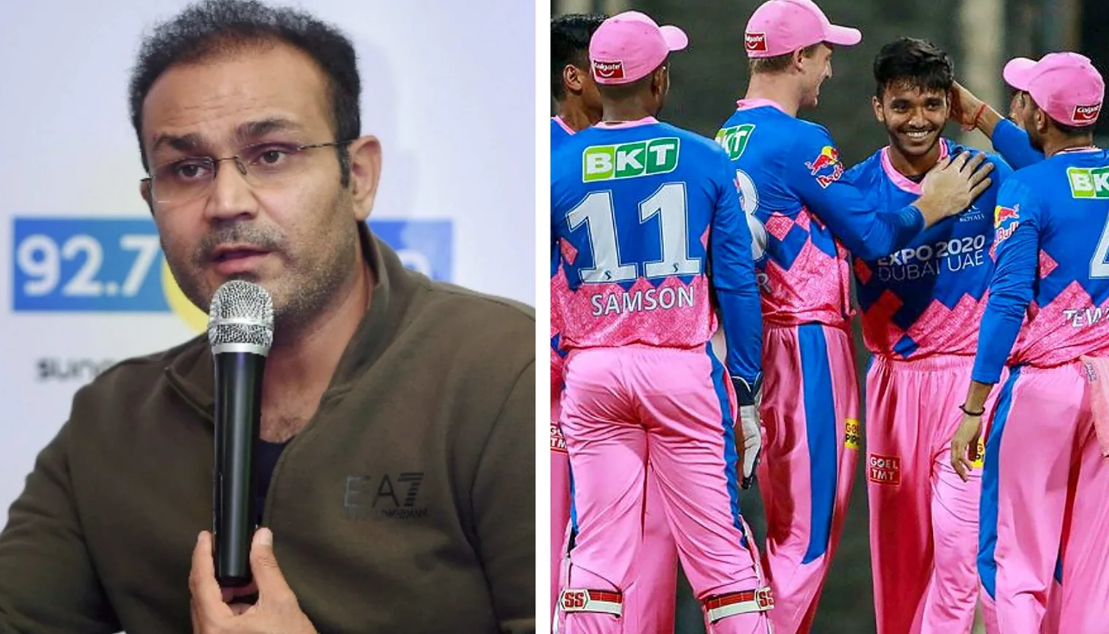 Former Indian batsman Virender Sehwag has came out with a strange remark on Sanju Samson a day after he helped his side beat Kolkata Knight Riders in IPL 2021. RR beat KKR by six wickets to notch up their second win of the season. Royals have moved upto the fifth position in the points table while KKR are languishing at the bottom.

During the RR versus KKR clash, at the Wankhede Stadium Mumbai, former Indian spinner Pragyan Ojha shared his views, on Cricbuzz Live, about RR as a unit and stated that he feels that there are 11 individuals on the field, rather than a team.

To this, former Indian opener Virender Sehwag, too, agreed and opined, Maybe other players in the RR camp aren’t happy with Samson being given the captaincy. If a player remains at peace with himself and is suddenly made captain, then even he takes time to settle down, know his players inside out. But when a bowler is getting hammered, the captain shouldn’t say anything. He should only go and comfort him. This way he instills confidence in the bowler. The same goes for the struggling batsmen too. Even the foreign players in the RR dugout don’t seem to communicate so much within.

RR’s win has brought back life into their IPL 2021 campaign. They now occupy the sixth position, with 2 wins from 5 games. KKR now move onto Ahmedabad for the next four games followed by Banglore for their final five.

Rajasthan Royals, on the other end, moves to Delhi for their next four games followed by Kolkata for the next three and Banglore for their final two games.

Out of the 56 league matches, Chennai, Mumbai, Kolkata & Bengaluru will host 10 matches each while Ahmedabad and Delhi will host 8 matches each.

Also Read: IPL 2021: Rajasthan Royals vs Kolkata Knight Riders- ‘The Batting Let Us Down’, Who Said What?