Team India’s incumbent head coach Ravi Shastri is unlikely to extend his tenure as head coach after his current contract comes to an end after the 2021 ICC T20 World Cup. Along with Shastri, bowling coach Bharat Arun, fielding coach R Sridhar and batting coach Vikram Rathore are also likely to go away.

According to a report in The Indian Express, Shastri has informed some cricket board members that he is planning to part ways with the national team after the tournament when his contract ends. While the other support staffs are already in talks with IPL franchises.

Good to be back at the @HomeOfCricket. Some very fond memories here… #TeamIndia 🙏🏻 pic.twitter.com/txmelmxJ2Q

Ravi hastri first took over the team in 2014 as director till the T20 World Cup in 2016 after which Anil Kumble was appointed for a year. He was made the full-time coach in 2017 after India’s defeat in the Champions Trophy final. With Shastri at the helm, India won two away series in Australia before reaching the finals of the World Test Championship last month. 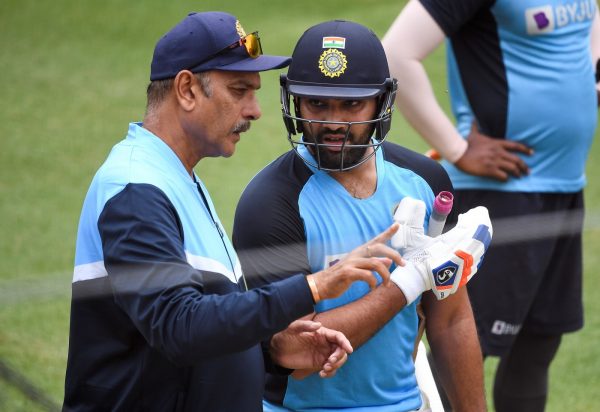 On the other hand, Bharat Arun was instrumental in making India’s bowling one of the most feared in the world while R Sridhar played a role in the evolution of the team as a sturdy fielding side.

Despite Ravi Shastri mostly responsible for India emerging as the world-beaters, the BCCI has decided that a change is needed for the team to reach the next level. According to protocol, the board will invite applications for the coaching positions after the T20 World Cup.

Former India captain Rahul Dravid, who is currently the chief of the National Cricket Academy and recently coached the Indian side in Sri Lanka, is one of the front-runners to take up the job. However, when asked about this option during the Lanka tour, he said:

“I have enjoyed the experience of working with these guys, it has been great. I have not given any other thoughts to anything else. There are a lot of challenges in doing full-time roles, so I really don’t know.”