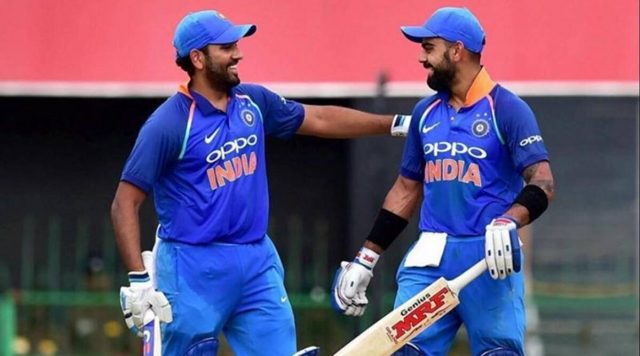 Former Australian cricketer Ricky Ponting believes senior India players such as Virat Kohli, KL Rahul, and Rohit Sharma are not likely to be displaced from the team, despite the fast-emerging talent in the country.

In the last few years, young players, like Ruturaj Gaikwad, Venkatesh Iyer, Avesh Khan, Ishan Kishan, Prithvi Shaw have emerged as bright prospects for India. However, Ricky Ponting feels that the senior players cannot be pushed out of the squad.

In a conversation with Grade Cricketer, the former Australian player said:

“They (India) had Ishan Kishan and Suryakymar Yadav in the squad, they are starting to bring a few younger guys in. Shreyas Iyer, he was one of the emergencies [sic] around the squad but you are not going to push Rohit Sharma out, Virat out, or KL Rahul out.”

Ricky further highlighted that the abundant pool of talented players has resulted in a problem of plenty for India. He pointed out that whenever a senior player fails to live up to the expectation, the questions are bound to come up.

“They have got Hardik Pandya in there, maybe if he’s not bowling, they can use one of those younger blokes in the middle order but yeah there’s just so many of them. So many good young players that when one of their senior guys doesn’t go well you think ‘Better put these young blokes in’ but yeah, they have got too many that’s why these questions come up,” said Ricky Ponting.

India could not advance to the semi-finals of the ICC T20 World Cup 2021, as they were knocked out from the Super 12 stages. The Virat Kohli-led team finished third on the points table with 3 wins in 5 matches. While speaking about India’s campaign at the World Cup, Ricky Ponting believes that the players were exhausted, given the packed cricketing calendar.

“Yeah, I think, they were just exhausted. I mean, their run, what they have had – you’ve got to understand where they have been,” said Ricky Ponting.