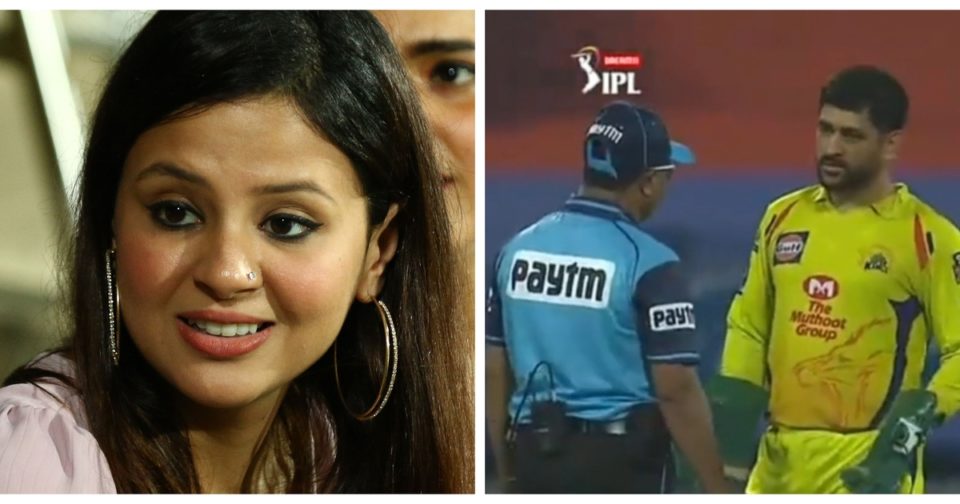 The Chennai Super Kings and Rajasthan Royals are currently contesting a high scoring match at Sharjah. The Royals in the first innings smashed 216-7 against the MS Dhoni-led side. Apart from the huge sixes in the game, another umpiring error during the Royals inning has made the headlines.

Meanwhile, in the 18th over of Rajasthan innings, Tom Curran was given out when there was clear daylight between the bat and ball. Also, the replayed showed that the ball touched the ground before Dhoni could catch in behind the stumps.

The umpire surprisingly without any hesitation signalled it out. Later Curran and Steve Smith had a polite inquiry about the decision and only then the decision was sent to the third umpire.

Moreover, this is not the first time that the umpires have been scrutinised for their wrong decision in IPL 2020. A few days back in the Kings XI Punjab and Delhi Capitals match an incorrect on-field call was made which ultimately proved to be a game-changer.

The square leg umpired signalled one short run when the replays displayed that the run was complete and KXIP should have been given the run. In the end, the scores were tied and later in the super over KXIP lost the match. If the right decision had been taken KXIP would have been on the winning side.

Interestingly after the howler, Sakshi Dhoni too bashed the below standards umpiring standards in the IPL and pointed out about technology being used correctly. Mrs Dhoni posted a story on her Instagram account and even tweeted regarding the occurrence during the CSK and RR match.

Sakshi wrote that the umpiring needs to improve in the IPL as a billion people watch the biggest T20 league in the world. Also, she bashed the umpires for referring their decision only after wrongly giving the batsman out. However, Sakshi later deleted her tweet and Instagram story.

Following this, the umpiring standards in the IPL were once again questioned and criticised by all on various social media platforms.

Also Read: Drama Unfolds After Umpiring Howler As Tom Curran Was Wrongly Given Out