The debate regarding the sacking of Virat Kohli seems to be a never-ending one at the moment. Reports from various quarters are making the rounds across media. Each report if presenting an unknown fact further confusing the matter. Kohli in his recent press conference busted the numerous myths about his sacking.

Virat Kohli revealed that he was only informed about the captaincy change just 1.5 hours before the selection committee was to meet to pick the Test squad for the tour of Sout Africa. Kohli even confirmed that no prior discussion took place with him on the matter, falsifying a few claims made by Board of Control for Cricket in India (BCCI) president Sourav Ganguly too.

Meanwhile, former Indian selector and all-rounder Kirti Azad said that the selectors should have discussed the matter with the BCCI President before making a decision on removing Kohli as the ODI skipper.

“If this was to be decided by the selectors, they should have gone up to the president. Generally, what happens is that when a team is selected – when I was also a national selector – we would select the team and go to the president of the board. He would see, okay it, sign it and then it would be announced. But it is always the custom that a team after being selected goes to have a look,” Azad told News18.

Azad further said that the selectors who decided unanimously on sacking Kohli hasn’t played even half the number of matches that the Indian Test skipper has played.

Virat Kohli Is Not Upset, He Is Hurt: Kirti Azad

“So obviously, if you are changing the captain for any format, you write and inform the president. Virat is not upset, but I feel he is hurt for the way he has been informed. So once it went to Sourav, he could have also unofficially spoken about it. You can understand, I don’t want to say this. All the selectors are really great guys, but if you put their total number of matches, it won’t be even half of what Virat has played,” the retired cricketer opined. 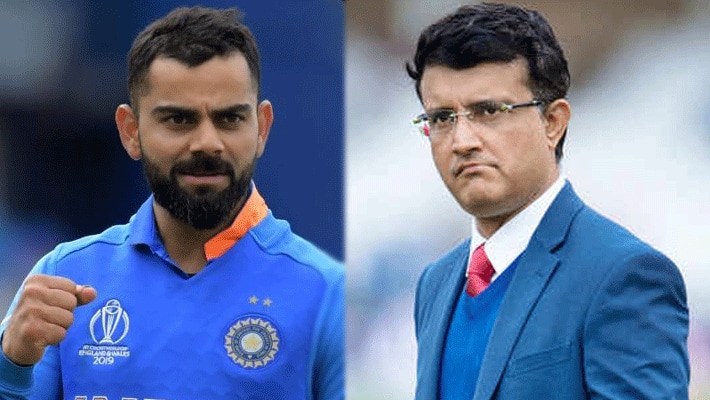 BCCI President Sourav Ganguly was also asked by the media to shed light on the overall controversy regarding Kohli’s removal as India’s ODI skipper. However, he has refrained from saying anything as of now. The former India captain suggested that the board will deal with the issue on its own.