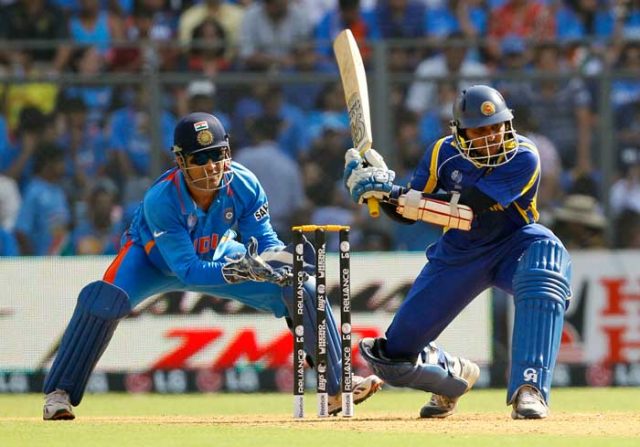 The Indian Cricket Team will take on Sri Lanka in a limited-overs international series, starting from July 18. The series was dealt with a severe blow when two members from the Sri Lankan camp tested positive for the Covid-19 virus. The results of the remaining members from the camp have returned negative. As a result, the series will most likely go ahead as per the revised schedule.

Historically, India has always had an edge over the Sri Lankans. Head to Head, India has won 91 ODIs out of the 159 played between the two teams. Notably, the Sri Lankan team hasn’t managed to win a single bilateral ODI series against India since August 1997.

In this article, we will take a look at the memorable one-day international matches played between India and Sri Lanka.

The 2013 Tri-Nation series final at Queen’s Park Oval, Port of Spain, witnessed a thrilling encounter. All three teams had won two games each, but due to West Indies’ poor NRR, they lost the finals berth to Sri Lanka.

After winning the toss, India elected to bowl first. Ishant Sharma led the bowling attack with 5-wickets as India bowled Sri Lanka out for just 201. Kumar Sangakkara (71 off 100) and Lahiru Thirimanne (46 off 72) stuck together with a fine partnership but the rest of the batting line-up fell apart.

In reply to Sri Lanka’s 201, the Indian team was reeling at 187 for nine, needing 15 to win off the last over. Indian Skipper MS Dhoni was at the crease along with Ishant Sharma. Pressure mounted when Dhoni missed a fuller delivery wide outside off. What followed next, was an MS Dhoni masterclass.

He smashed Shaminda Eranga for a six and a four and then for another six to seal the championship for India.

India was hot favorites to win the 2014 ICC World T20 Trophy, after staying unbeaten throughout the league stages. The Indian team faltered in the most important match of the tournament.

Sri Lanka won the toss and chose to bowl first on an overcast day. India got off to a poor start as Ajinkya Rahane fell in just the second over of the match. The batsmen were visibly struggling at the crease. They managed only 130 runs in 20 overs despite having six wickets in hand. Virat Kohli was the lone performer for the team with the bat, with 77 runs in 58 balls.

The Indian bowlers tried their best to keep India in the game but Sri Lanka chased down the target with ease. Kumar Sangakkara’s 52 off 35 balls at a strike rate of 148.57 and Thisara Perera’s cameo of 23 runs off 14 balls took them to their first-ever T20 World Cup title. This was Kumar Sangakkara’s last T20 match, and he finished it off in style as a World Champion.

On April 2, 2011, Team India pulled off the highest run-chase ever achieved in a World Cup final. The atmosphere at the ground was so emphatic, that even Kumar Sangakkara’s call at the toss was drowned by the noise of the crowd.

Sri Lanka electing to bat first, set India a target of 274, on the back of Mahela Jayawardene’s unbeaten 103. The knock included thirteen boundaries. Kumar Sangakkara also contributed 48 runs off 67 balls. Zaheer Khan and Yuvraj Singh picked up two wickets each for India.

The Indian chase was off to the worst possible start with both the openers bat in the hut with just 31 on the board. Left-hander Gautam Gambhir played perhaps the innings of his life. He hit 97 runs off 122, unfortunately missing out on a well-deserved century. MS Dhoni promoted himself at Number 5 to put up substantial partnerships with Gambhir and Yuvraj. Dhoni’s six off the second delivery of the penultimate over sealed the ICC World Cup final win for India.