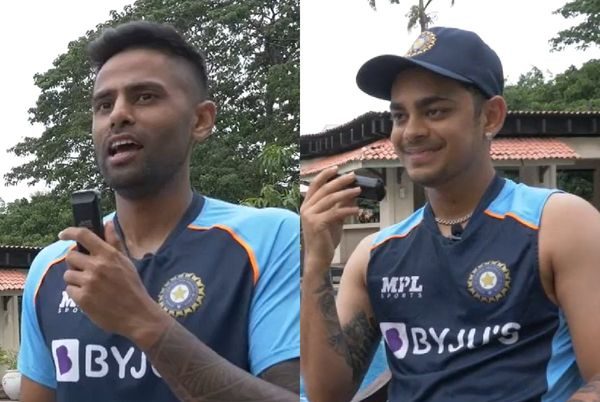 Team India has taken an unassailable lead of 2-0 against Sri Lanka in the three-match ODI series. They are enjoying a two-day rest break ahead of the third and final ODI match.

The Board of Control for Cricket in India, on Thursday, posted a video of the likes of Hardik Pandya, Krunal Pandya, Devdutt Padikkal, Suryakumar Yadav, Ishan Kishan, Varun Chakravarthy, and Kuldeep Yadav participating in a game of ‘wrong answers only’. They wrote on Twitter”

The players came up with hilarious responses to the questions. Krunal was asked “Which sport do Messi and Ronaldo play”, to which he replied. “Messi, I have heard because Chahal has played with him – Chess and Ronaldo had good competition with Tiger Woods so  I would say golf.”

His brother Hardik said that the three actors in the 3 Idiots movie were he, Krunal, and Kieron Pollard. Devdutt Padikkal gave a quirky response that his name is Roger Federer, while Varun Chakravarthy said “My name is Rajnikant.”

India’s snatched victory from the jaws of defeat

The Indian team on Tuesday, defeated Sri Lanka by three wickets in a thrilling encounter. Deepak Chahar and Bhuvaneshwar Kumar stitched together an 84-run stand to snatch the victory. Batting first, Sri Lanka scored 275 at the end of the first innings. Bhuvaneshwar Kumar and Yuzvendra Chahal picked two wickets each.

In reply to Sri Lanka’s score, the Indian batting line-up was reeling at 193/7, needing 83 more runs to win. Deepak Chahar and Bhuvaneshwar batted with great composure to take India home. Chahar scored 69 runs off 82 deliveries and earned the Player of the Match.

The third and final ODI will be played on July 23 at the R. Premadasa Stadium, Colombo