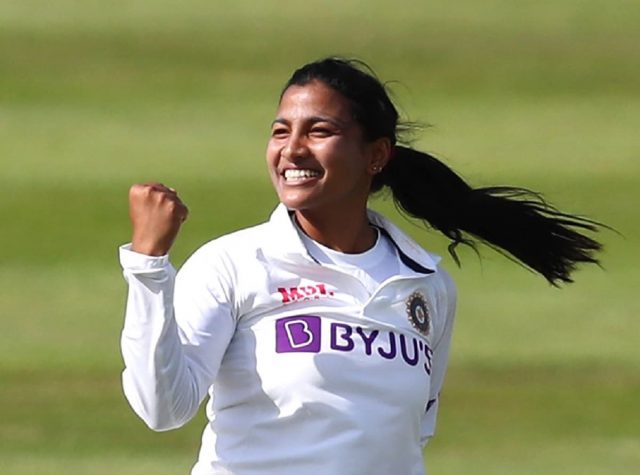 She also contributed vital 24 runs to take India home. Powar termed Rana as the find of the series for India.

“The way she was bowling in Southampton, in the practice sessions, we thought we must give her a chance. The think tank thought it was a difficult decision to play two off-spinners in the XI but she just played her role to the core and I am really happy for her. Being an off-spinner myself, I can see the talent. She is a player who can play the crunch situations well and that’s what we needed. In the big series, come up, we need players who can deliver under pressure,” Powar said in a video posted by the BCCI.

Talking about how India’s bowling attack fared in the match, Powar said, ” Bowlers brought us back in the game, and I think we have to learn many things from this series. Fielding and Bowling improved immensely and I think batting also needs to improve if we are aiming at the World Cup.”

Mithali Raj deserves every praise in the world: Ramesh Powar

“Mithali Raj deserves every praise in the world. She has been a fantastic servant of the game. 22 years of cricket and I think she is a role model for a lot of our girls. She single-handedly won us the game. I can tell you, chasing 220 on a low-bounce track… she took us over the line,” added Powar.

“Jhulan is one of the legends of women cricket and the way she has her ethics, preparations, and commitment towards the team, dressing room, and young players that makes a lot of difference to us as a team.”

The Indian women’s team will now head to Northampton to play the first of the three T20 Internationals against England, starting from July 9.