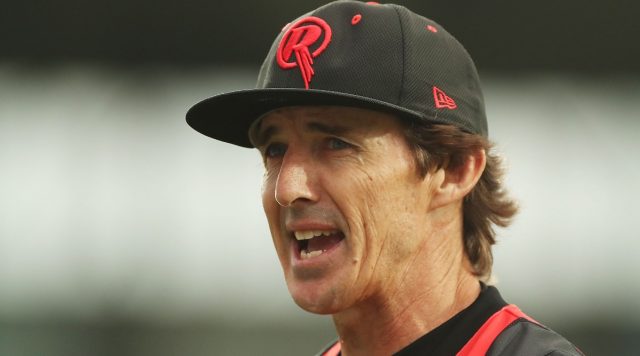 Former Australia leg-spinner Brad Hogg has named his contenders for the top four places in the ICC T20 World Cup 2021 in the UAE and Oman. The Super12 stage of the tournament will commence on October 23. Hogg, interestingly, did not name Australia as one of the contenders to make it into the semifinal.

All teams have quality in their ranks and are ready to put up a show in the elusive competition. However, Brad Hogg believes England and West Indies are placed best from Group 1 to progress to the semifinal while he picked India and Pakistan from Group 2.

“The teams that I think are going to go to the semis are England and the West Indies from Group 1 and from Group 2 I think it’s going to be Pakistan and India,” Hogg said in an interaction with Deep Dasgupta on his YouTube channel.

If Pakistan lose against India in the first game, I don’t think they will get through – Brad Hogg

Brad Hogg further opened up and preview the chances of Pakistan, who are placed alongside New Zealand, India, Afghanistan and two qualifying teams in their group. He stated that if Pakistan loses their encounter against India, then their chances to qualify will be none.

Arch-rivals India and Pakistan will lock horns on October 24 (Sunday) at the Dubai International Cricket Stadium in Dubai in their T20 World Cup campaign opener.