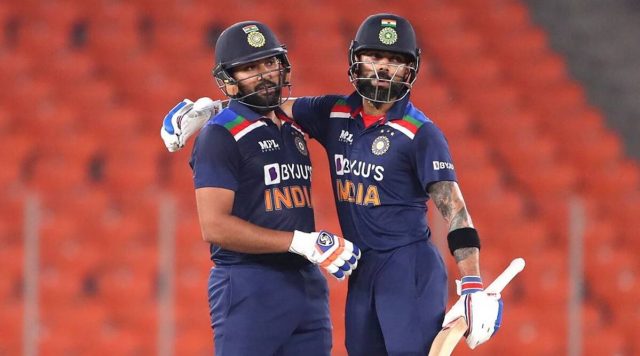 India and Pakistan might not be playing against each other as often as they used to but the contest still holds a special place in the hearts of cricket lovers all around the world. With the two sides set to open their campaign at the T20 World Cup 2021 on Sunday 24th October at the Dubai International Stadium, former cricketers from both nations have been sharing their own experience of this iconic contest.

Shoaib Akhtar, who remains an active pundit who expresses views not just on Pakistan cricket but also other global series and events. Reflecting on the Indo-Pak clash, Akhtar highlighted how much Indian cricketers are loved in Pakistan, especially Virat Kohli and Rohit Sharma.

“In Pakistan, people like and appreciate Indian cricketers. They praise Virat Kohli, they like Rohit Sharma even more. They call him India’s Inzamam,” the Rawalpindi Express said on Zee News.

India are the favourites to beat Pakistan – Mohammad Kaif

Former India cricketer Mohammad Kaif, who was also a part of the conversation, picked the Indian team as the favourites for the Super 12 match against Pakistan. Kaif feels the fact that all of the T20 World Cup-bound Indian players played for in the UAE with their respective IPL franchises, will be a huge boost to their hopes of going all the way in the tournament.

“Historically, India has always won these (World Cup) matches. But it depends on how the players perform on match day. The Indian side has an advantage that they just played the IPL in UAE and are accustomed to the conditions. Players are also in form. It would be a shocker if Pakistan wins. Of course, anything can happen in T20, but on paper, India appears to be a much stronger team,” said Kaif.

Shoaib Akhtar, countering Kaif’s take on the subject, said that the team that shows more courage will emerge as triumphant.

“Big matches are not won by big players but by big courage. No doubt, India has better players, but with courage and the right strategy things could turn out to be different than expected. Also, T20 is a tricky format. It’s going to be a 50-50 game. It will depend on how the players perform on the given day,” Shoaib Akhtar opined.

From the group games, only 2 of 6 teams will qualify for the T20 World Cup semi-finals. Hence, the Indo-Pak contest that kicks off the proceedings in Group 2, will be of huge importance for both the teams’ hopes of qualifying for the knockout.