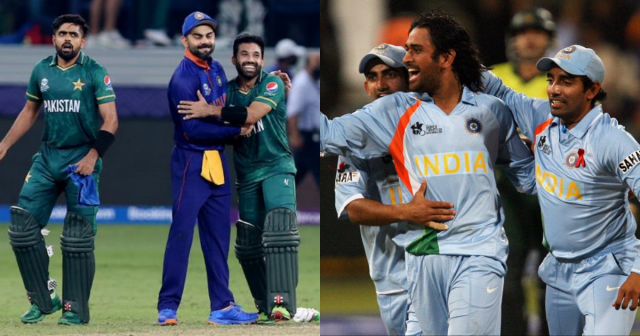 Rohit Sharma-led Team India will begin their T20 World Cup 2022 campaign against Pakistan. The arch-rivals will face off on October 23 in front of 100,000 spectators at Melbourne Cricket Ground (MCG). Millions of cricket fans across the world will be glued to their televisions one more time for this epic clash.

In the last 14 years, India has dominated Pakistan in T20 World Cups, winning five of the six games played against them. However, the last time these two teams met, Pakistan won by a massive 10-wicket margin.

Here’s a look back at previous T20 World Cup matches between India and Pakistan: 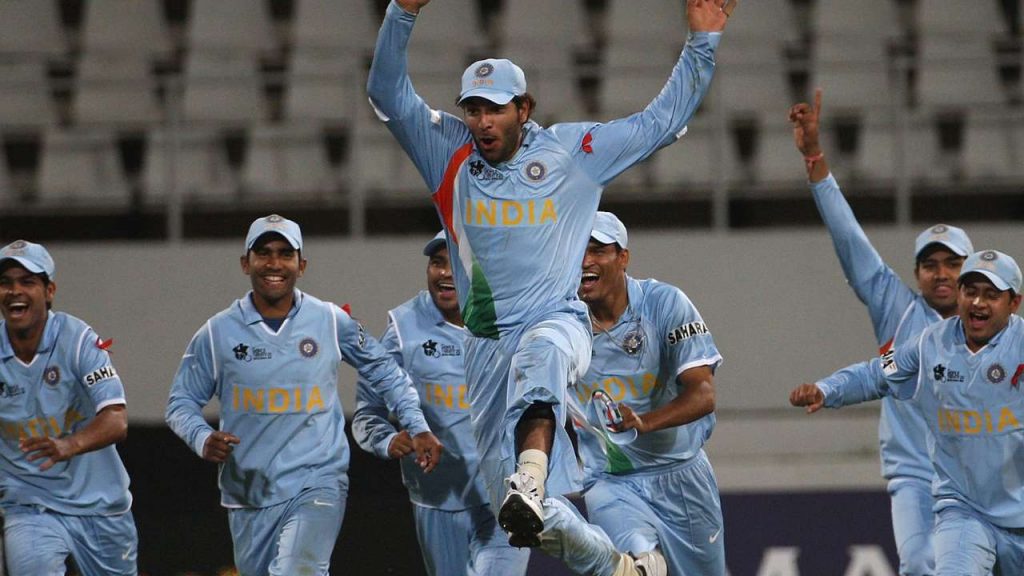 This was the first occasion where India and Pakistan were meeting in a T20 match. India batted first and scored 141/9 in 20 overs thanks to Robin Uthappa’s 50 and MS Dhoni’s 33. Pakistan got off to a bad start, losing their first four wickets for just 47 runs. It was Misbah-Ul-Haq’s knock of 53 that brought Pakistan back in the game.

However, he failed to take Pakistan through, and the match ended in a tie necessitating a bowl-out, as per the tournament rules of that time. India comfortably won the tie-breaker 3-0. 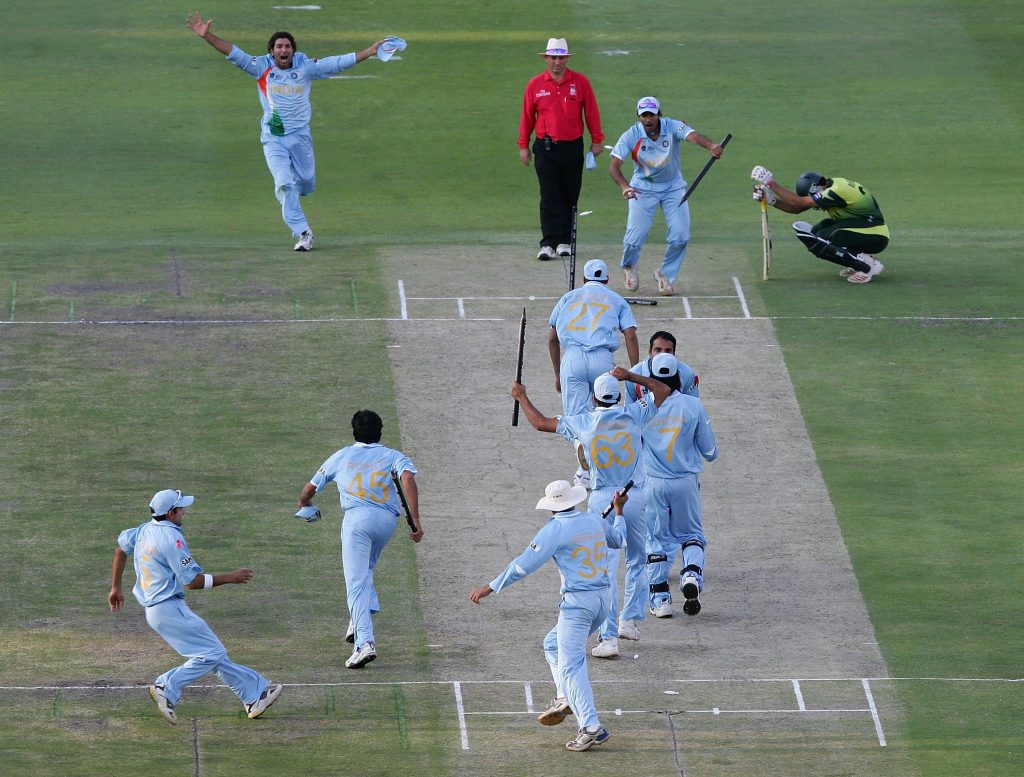 India reached 157/5 in 20 overs, thanks to Gautam Gambhir’s outstanding innings of 75 runs. Pakistan got off to a terrible start, losing 6 wickets for just 77 runs. Misbah-ul-Haq  kept Pakistan in the game. He took the game till the last over where his side required 13 runs to lift the trophy. Only 1 wicket was left.

When Misbah struck Joginder Sharma for a six off the second ball of that over, it seemed like a cakewalk for Pakistan from there, but he miscued a scoop off the following delivery, handing away an easy catch to Sreesanth who was standing at short fine-leg. India won the final by five runs and became the champions of inaugural edition of T20 World Cup. 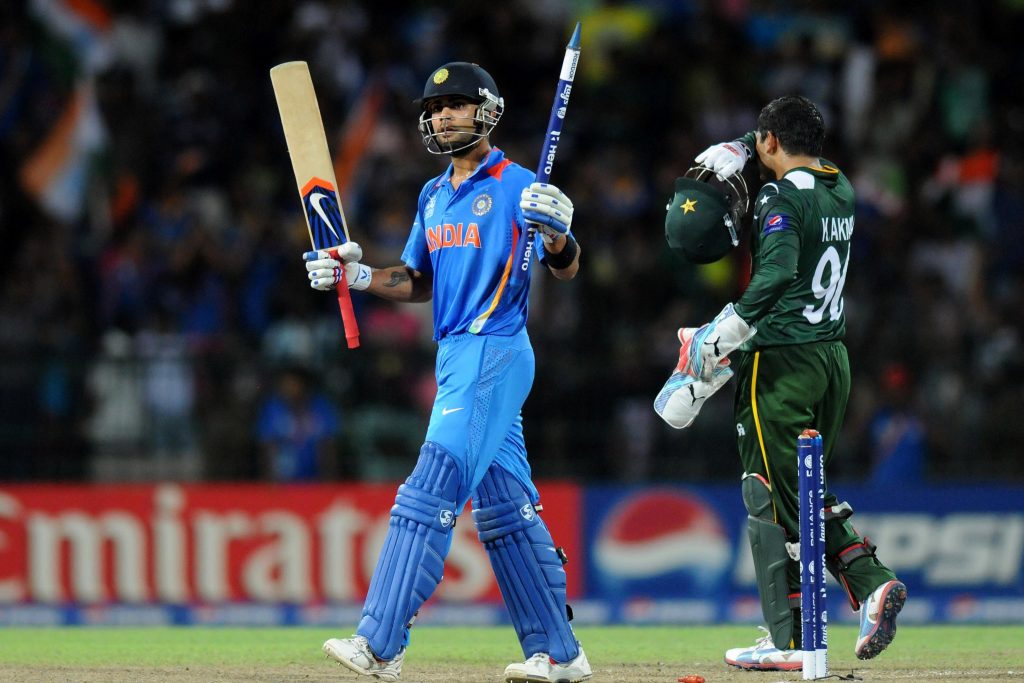 A flawless bowling display from the Men in Blue helped in restricting Pakistan at 128 runs. None of the Pakistani batters were able to make a big score. Virat Kohli guided India to victory with an unbeaten 78 off only 61 deliveries.

India won by eight wickets with 18 balls remaining. Not many might know that Virat Kohli also bowled three overs and took the wicket of Mohammed Hafeez in this match. 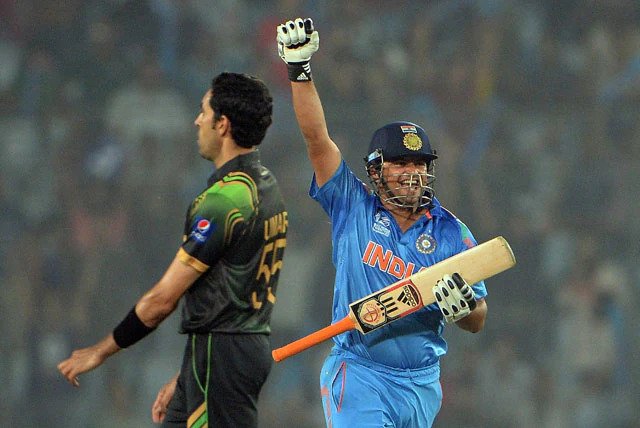 India’s bowlers did a good job of restricting Pakistan to 130/7 in 20 overs. Amit Mishra bowled superbly registering figures of 2 for 22 in his four overs.

Virat Kohli was once again the hero with the bat, scoring unbeaten 36 runs to lead India to victory. Rohit Sharma, Shikhar Dhawan and Suresh Raina also had useful contributions in the Indian innings. With nine balls to spare, India won the game. 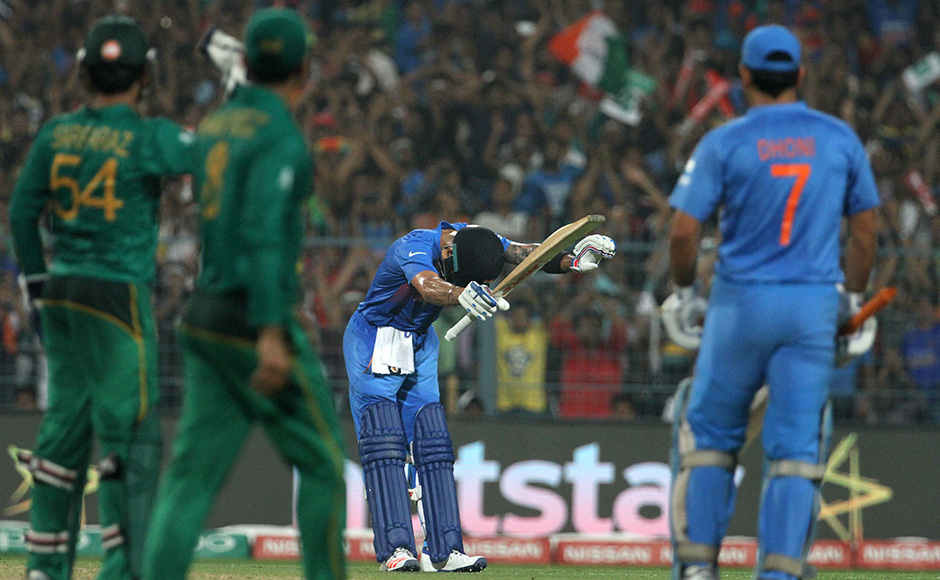 India needed to beat Pakistan in this game to survive in the tournament, after being defeated by New Zealand in the opening match of Super 10. Due to rain, this game was cut short to 18 overs per side.

Indian bowlers limited Pakistan to a score of only 118/5 at the Eden Gardens. India triumphed by six wickets, thanks to Virat Kohli’s 55 runs off just 37 balls. 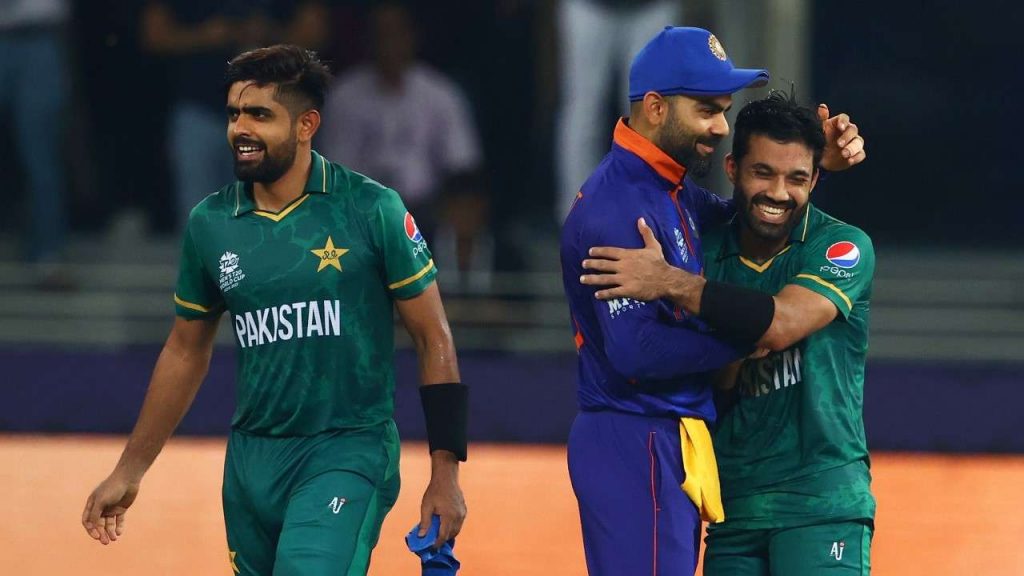 Pakistan finally ended its terrible losing trend against India in World Cups, at the Dubai International Cricket Stadium. India scored 151 runs in the first innings. After India lost two wickets early on, Virat Kohli once again took responsibility and made an incredible half-century.

Pakistan were in total command during the chase. Both Babar Azam and Mohammad Rizwan went on to score half-centuries, ensuring Pakistan’s first 10-wicket victory in T20 internationals and India’s first such defeat.