Team India recently landed in the United Kingdom to prepare for the inaugural WTC Final against New Zealand at the Ageas Rose Bowl. Upon arrival, they had to undergo mandatory quarantine before moving on to their training schedules.

As per the reports, the squad had a three-day hard quarantine before being allowed to train in small groups. During the course of those days, the players had to undergo three Covid-19 tests. After overcoming these barriers, the team was allowed to engage in full-blown practice sessions.

Indian players have been regularly giving updates on their social media accounts. On Wednesday, The Indian captain Virat Kohli shared a picture on Instagram. In the snapshot, he’s seen posing along with team-mates Cheteshwar Pujara and Shubman Gill. 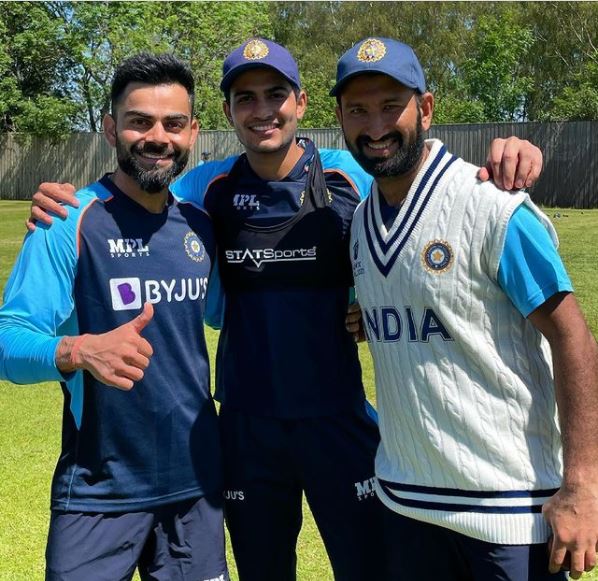 The skipper took to his official Instagram handle and captioned it:

The Indian contingent will battle it out against New Zealand in the WTC Final starting from June 18. Following the marquee clash, India will stay in England to play a 5-match Test series against England in the month of August. It will be a litmus test for Virat Kohli & Co beating England at their own den.

New Zealand on the other hand, will head home after the final. The Black Caps are currently engaged in a 2-match Test series against England, of which the first Test ended in a draw at Lord’s. The second one, to be played at Edgbaston in Birmingham, is scheduled to start on June 10.