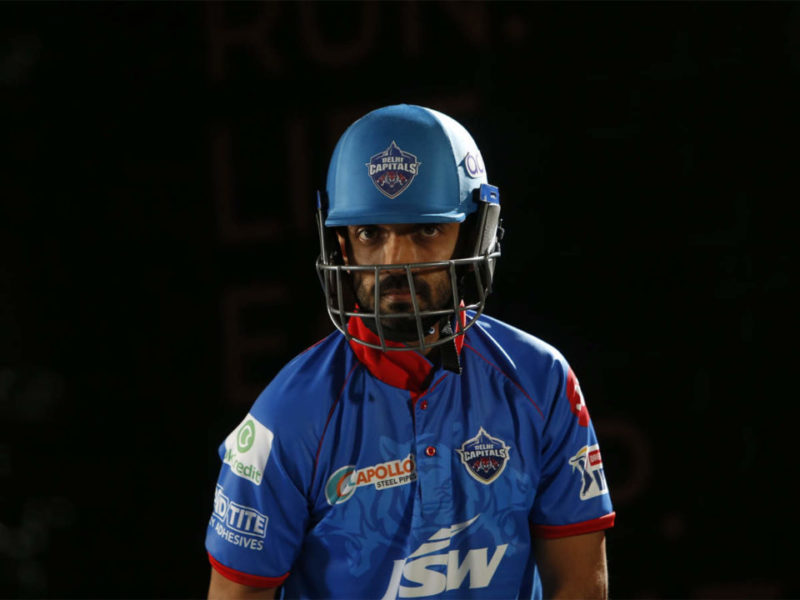 The IPL this season has been all about drama as the side that looked so strong to be one of the first sides to qualify have now lost three back to back matches in the process when they needed just one win to ensure qualification for the playoffs. Even after three losses Delhi Capitals batsmen, Ajinkya Rahane opines that the back to back losses don’t make them a bad team from any angle.

Delhi Capitals as a side had a magnificent start to this season as they won 7 out of the 9 games they played at first then followed by which they lost three back to back matches as they were on the verge of qualifying for the playoffs.

Last three games were not as per what we wanted: Ajinkya Rahane

Ajinkya Rahane the Delhi Capitals batsmen feel that they started off well but the last few matches haven’t been as they wanted but it normally happens in a tournament like IPL.

“I think we started off really well, won seven out of nine games initially, and then the last three games were not as per what we wanted, but this is going to happen in a tournament like IPL. You play 14 league games, it’s a big tournament,” Ajinkya Rahane said during the pre-match press conference.

Ajinkya Rahane further went on to opine that the next two games are very important for the side as it would decide where the Delhi Capitals would stand in the points table at the end of the season.

“I think the upcoming two games are really important, and it’s all about staying positive. Three losses don’t make us a bad team. It’s all about playing to our strength and backing each and every individual. As a team, we are really looking forward to playing against Mumbai now and then RCB,” Rahane added.